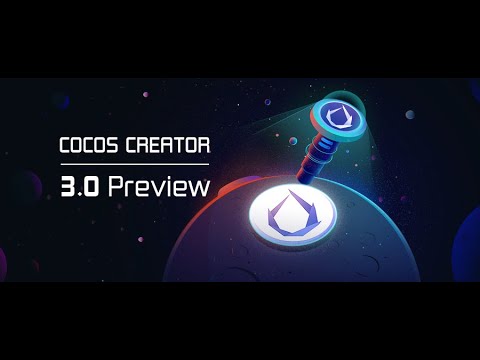 Although we do not recommend projects under development, especially projects that are about to go live, upgrade to 3.0, we will still launch the 2.x resource import tool in the 3.0 official version. This tool will support the perfect import of old project resources and the auxiliary import of codes. Code-assisted import will convert Javascript into Typescript, add component type declarations, attribute declarations and function declarations. The references of components in the scene will be preserved, and the code inside the function will be imported in the form of comments, which can reduce the developer’s upgrade difficulty. If an existing project needs to be upgraded for special reasons, and you encounter technical or workload difficulties, you can also contact our Community Evangelist for assistance!

This Cocos Creator 3.0 Preview version is close to the official version in terms of functionality, and can be used for new project establishment and feature pre-research. The next official version will be released around Feb 11 - Feb 17, 2021, and will further improve the performance and fix the problems at that time to ensure that everyone’s new projects can proceed smoothly.

This Cocos Creator 3.0 Preview version uses a new future-oriented engine architecture, which will bring high-performance, data-oriented and load-balanced renderers to the engine, and seamlessly support Vulkan & Metal multi-backend rendering. In the future, it will also support mobile VR/AR and some Host platform. For a detailed introduction to the Cocos Creator 3.0 Preview, please go to Official Website Update Instructions.

The integrated editor brings a lightweight and easy-to-use creative experience. Cocos Creator 3.0 Preview is refactored, expanded and upgraded on the editor framework that Cocos Creator 2.x has been using for many years. 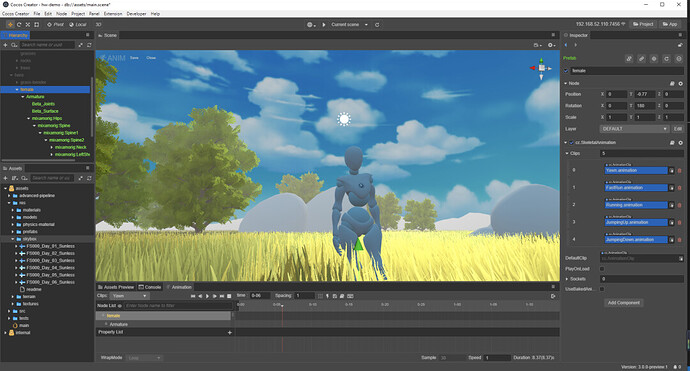 After the build, Cocos Creator 3.0 Preview will cache most of the build content, including resources, compressed textures, automatic atlas, engine code, etc. In the subsequent build, if there is no change, the cached content will be used directly to speed up the build and improve efficiency.

The build and release will be carried out in the form of build tasks, and the configuration, status, log, etc. of each build will be saved, which is convenient for switching build tasks and viewing historical configurations. 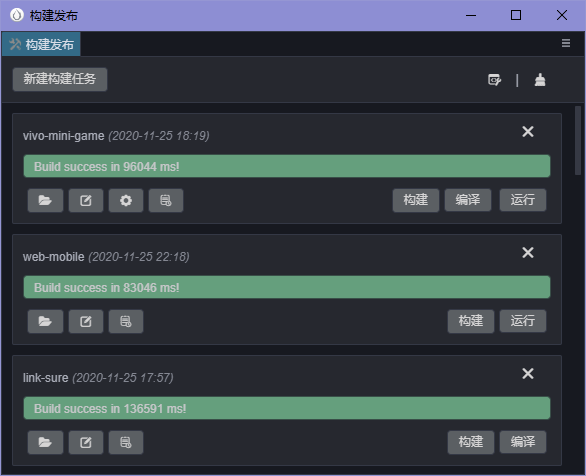 Compile and generate separately after build

The generation stage of each mini game platform is extracted, allowing to modify the content of the file after construction to regenerate rpk/cpk, and at the same time, it can support adding construction hooks before and after compilation to customize the construction process.

Like 2.4, Cocos Creator 3.0 Preview also uses Asset Bundle as a resource modularization tool. Developers can build textures, scripts, scenes and other resources into multiple Asset Bundles, and then load them on demand during the game running process, thereby reducing the time required to download and load the game for the first time. Asset Bundles can be placed as needed, for example, they can be placed in remote servers, local, or sub-packages of small game platforms, or they can be reused across projects to load Asset Bundles in sub-projects.

You can set the Splash Screen during construction to display a cutscene before the game starts to optimize the first screen start speed. 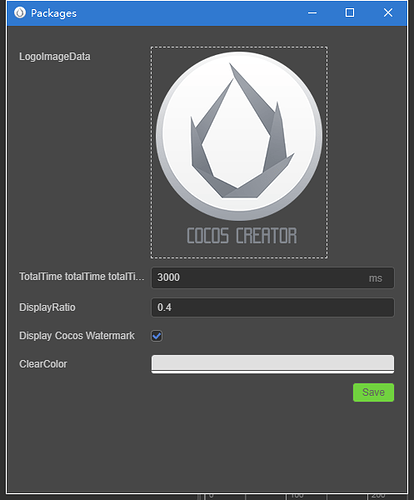 GameView is a game running panel embedded in the editor. Developers can run the game directly in the editor without opening the browser preview. In addition to a more seamless development experience, you can also debug and modify element states in real time through the scene editor or other panels during the game running process, making game development more efficient!

Cocos Creator 3.0 Preview has a more powerful plug-in system. Almost all function modules of the editor are in the form of plug-ins. You can quickly create your own plug-ins in the extended menu to achieve the effects you want. In addition, Cocos Creator 3.0 Preview also provides an Extension Manager, which can easily manage the operation and uninstallation of all extension plug-ins.

Plug-ins can use IPC messages to communicate with other plug-ins or editors to quickly and easily use the capabilities provided in the editor. Cocos Creator 3.0 Preview also provides a message manager, which can clearly see the functions currently provided in the editor, reducing the threshold for plug-in development. 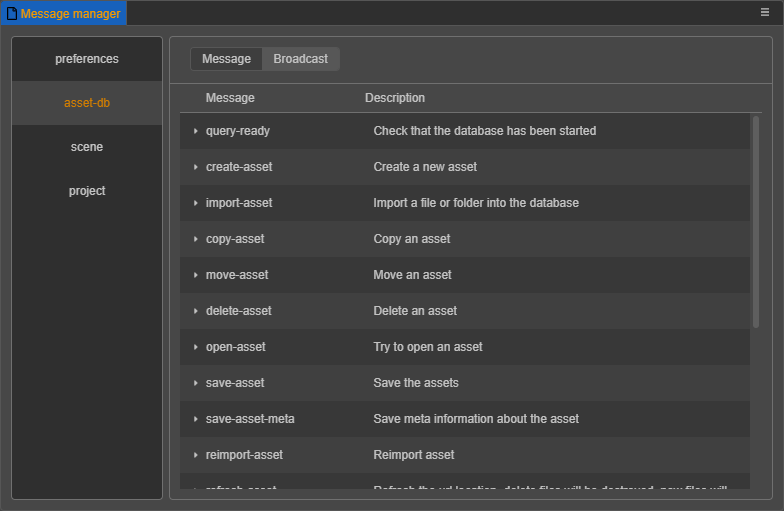 The Animation Editor is an important module that we have been continuously optimizing. In addition to standard displacement, rotation, zoom animation and sequence frame animation, this animation system also supports driving arbitrary component attributes and user-defined attributes, plus it can be edited at will The time curve and innovative movement trajectory editing functions allow content producers to produce various dynamic effects without writing a line of code, and drive the game logic at will. 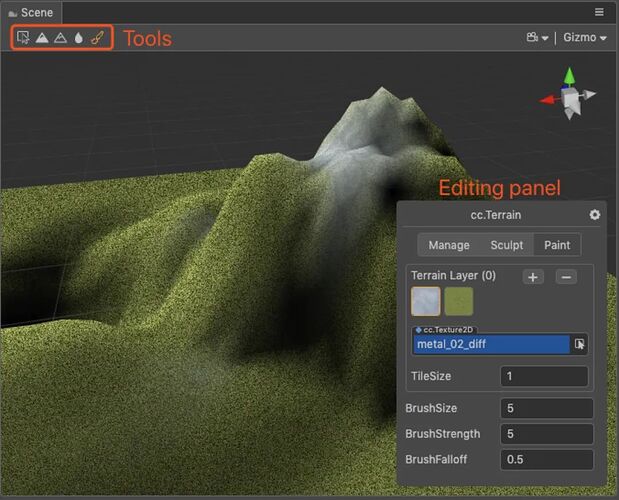 Baking is the process of generating light maps by pre-calculating the influence of light sources on objects and applying them to the scene, which can greatly improve the picture performance of static scenes without losing operational efficiency. 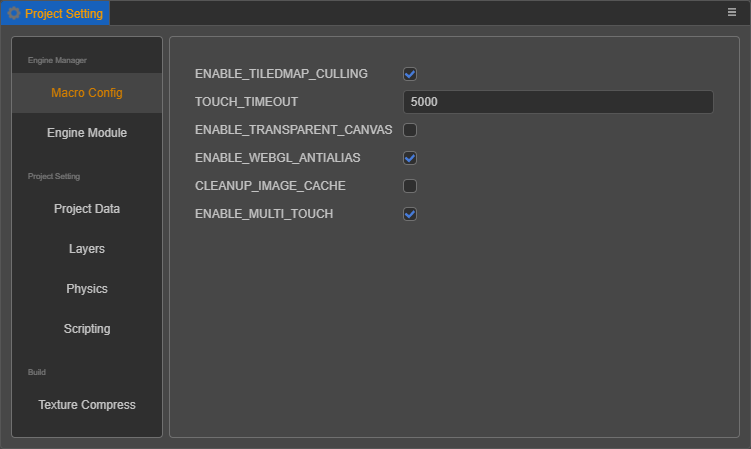 Supports adding compressed texture preset configuration for quick configuration of texture compression method. After setting presets for pictures, you can also directly modify the presets to update the corresponding textures in batches, which greatly facilitates the overall management of the project. 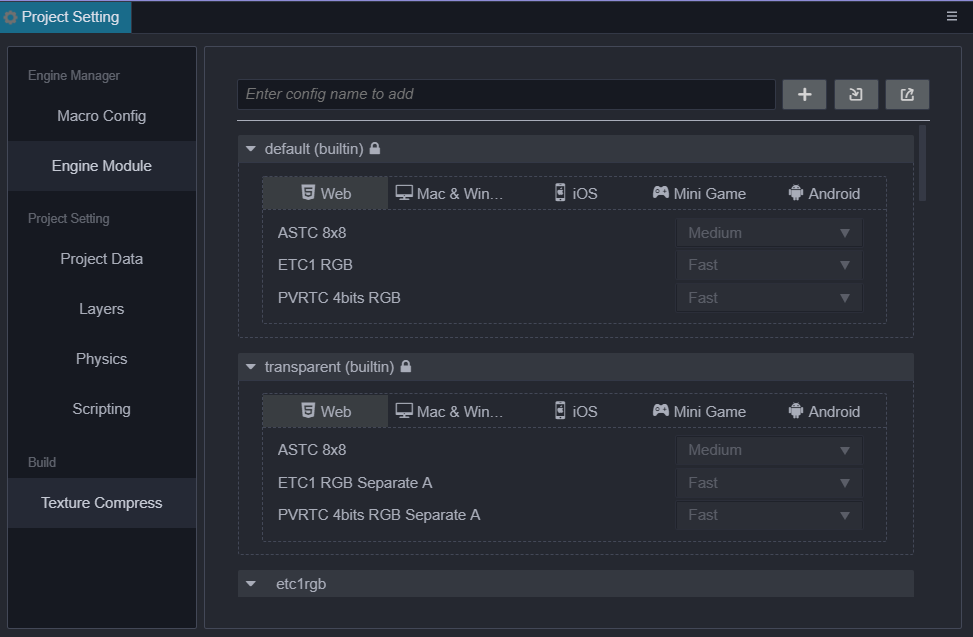 Cocos Creator 2.4 is very powerful in 2D rendering, while Cocos Creator 3.0 Preview allows developers to make more beautiful 3D games. We have integrated the advantages of the two in 3.0, and fully support various functions of 2D and 3D.

As the core module of the game engine, the rendering system plays a vital role and directly determines the content that the game can output to the player. An excellent rendering system must also take into account various platforms and smooth the differences between platforms. The rendering system of Cocos Creator 3.0 Preview, from architecture to design, is aimed at future-oriented, high-performance, and cross-platform, which greatly improves rendering capabilities and robustness.

In the 3D world, light and shadow have always been extremely important components. They can enrich the environmental performance, and good quality shadows can achieve a fake effect, and make the whole world more three-dimensional.

The particle system is the basis for the special effects of game engines. It can be used to simulate natural phenomena such as fire, smoke, water, clouds, snow, and fallen leaves, and it can also be used to simulate abstract visual effects such as luminous trajectories and speed lines. Good particle effects can make the game screen more stunning.

As a resource, material determines the rendering effect of the attached object. Almost all the rendered effects in the game are inseparable from the material. As a basic module, the material system provides a solid foundation for the superstructure.

Cocos Creator 3.0 Preview continues the 2.x UI design and further optimizes and upgrades, including the following:

The engine provides the UIStaticBatchComponent component. UIs that do not require frequent changes can use this component to cache rendering data, thereby reducing rendering consumption and improving performance.

Cocos Creator 3.0 Preview currently has a built-in lightweight collision detection system Builtin and a physics engine cannon.js with physical simulation, as well as a powerful bullet compiled into asm.js/WASM version ammo.js, and provides users with an efficient componentized workflow and convenient usage.

The physical material type name has been changed:

Some type names and method names under the geometry space have been changed:

Some platform variables under sys have been changed:

Features not currently supported in the preview version

The following features will be added in the official version: 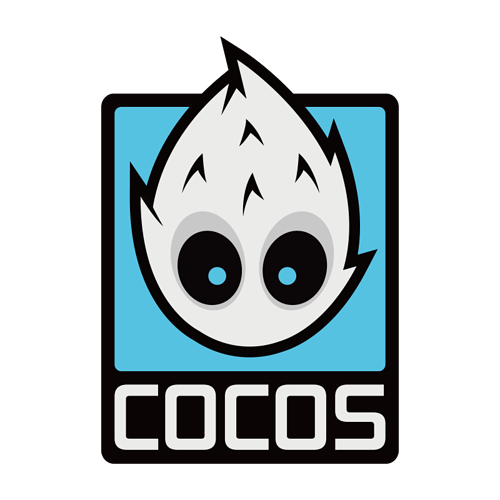 If you encounter problems or issues, please feel free to submit feedback to us via our official forums.

In addition, if you plan to use Cocos Creator 3.0 Preview to establish a project to develop a native heavy game, please e-mail with our Product Manager. You will have the opportunity to receive official exchanges and answers, project establishment assistance, engine customization and other services.

There is an issue for new Dashboard users on windows. It’s being fixed. Let us know if you have install troubles.

Ok. Issue with windows download has been resolved. Thank you and enjoy!!

this looks great. I would like to start testing. Most of the scripting links are not working here:

When will they work?

Our docs are build and deployed daily. It should be fixed within 24 hours.

For now you can browse here

@MikeFromMars The link to the documentation for Cocos Creator 3.0 is this: https://docs.cocos.com/creator/3.0/manual/en/scripting/

And only the document “Attribute Parameter Reference” are not working, it will be translated as soon as possible.

Thanks for what you are doing! I waited 1.5 months and it’s great! Can I get your support in teaching people this engine?

What Happened to Exporting For Facebook Instant Games in this version ?

Sorry, FBIG has been removed in 3.0. You can just publish to web directly, and change the html file to adapt it.

Sorry, what did you mean when you said ‘jsb module not found’? I tested in simulator, looks like it’s allright . 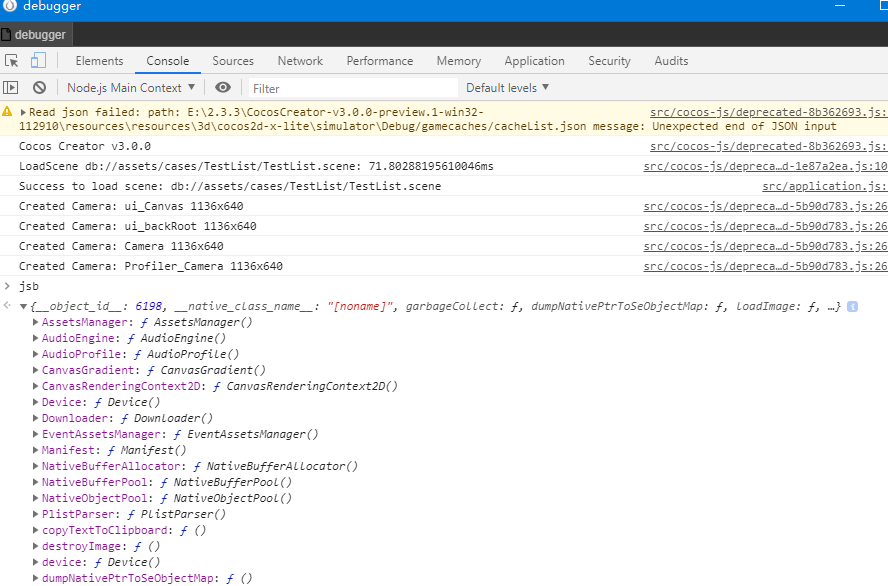 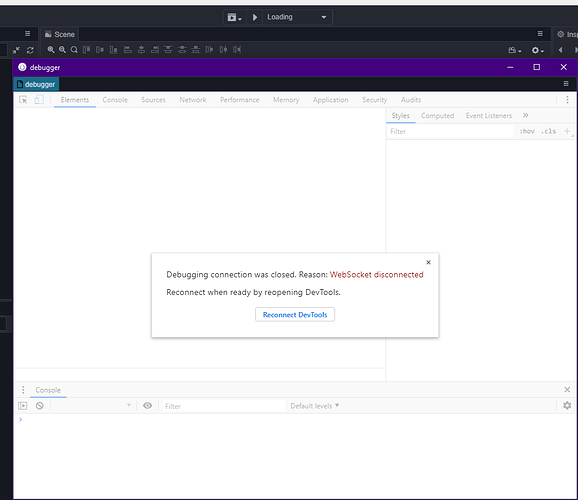 how to use build-templates android & ios