Want To Do More In-depth Load Optimization? We Get Help From One Developer

Want To Do More In-depth Load Optimization? We Get Help From One Developer

There was a famous saying in the game world: “Third-rate games do functions, second-rate games do performance, and first-rate games do optimization.” Although it’s a bit ridiculous, it’s not entirely unreasonable. At least, it shows the importance of optimization in making games. This article will share how Yuefu improved loading optimization based on a project example.

The engine version used in this article is Cocos Creator 2.4.6.

The above is the loading process of loadRes, and the key steps are described as follows: 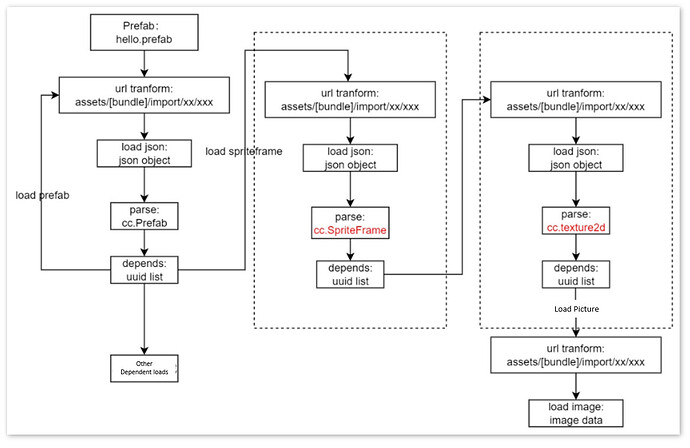 The left side of the above process clearly shows the loading pipeline of Cocos Creator. It is known from the engine source code that the process from url transform to depends can be inserted into the custom pipeline, which has better flexibility and scalability.

The right part is the loading process of the cc. Spriteframe resource. To show the difference, we compare it with the CCSprite loading in Cocos2d-x:

The answer has to start with the characteristics of Cocos Creator itself: 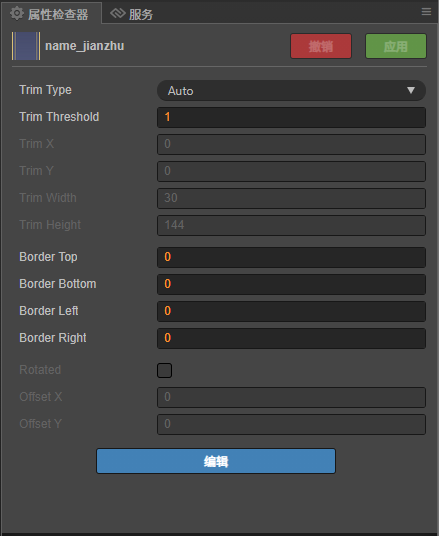 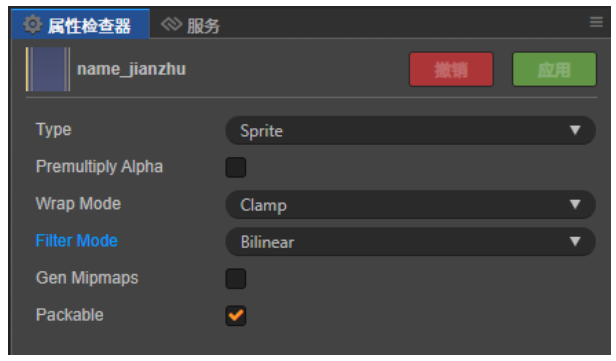 The above figure shows that two property configurations (WarpMode and FilterMode) will make us more flexible in using images and modifying the configuration.

To sum up, two additional configurations in the Cocos Creator loading process are necessary. So is there room for optimization in efficiency?

There are merge options for texture configuration on the official build release interface: 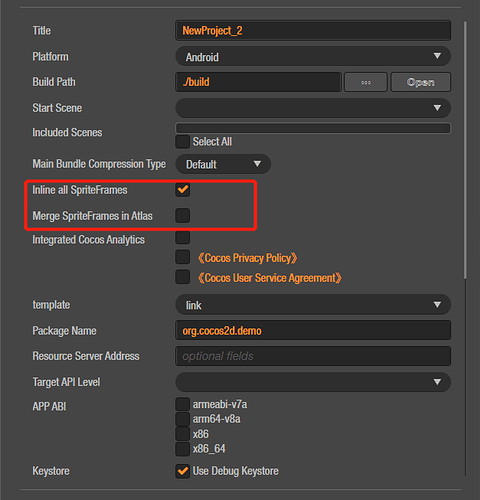 The official documentation explains it as follows:

When automatically merging resources, merge all SpriteFrames and dependent resources into the same package. It is recommended for the web platform. After enabling, the total package size will be slightly increased, consuming a little more network traffic, but can significantly reduce the number of network requests. It is recommended to close the native platform because it will increase the size of the hot update.

Note: During the hot update, it is necessary to ensure that this function’s on/off status in the old and new projects are consistent. Otherwise, resource reference errors will occur after the hot update.

The simple explanation is:

The advantages and disadvantages of each are described in detail in the official documentation. So is there a solution that can improve the loading efficiency without affecting the startup speed?

The solutions adopted in this project are:

The following is the SpriteFrame configuration information. Only “e8Ueib+qJEhL6mXAHdnwbi” (dependency) and the data area in the middle are different:

Note: This is the modified part is for the native side. A custom loading pipeline can process the web side.

Texture2d is configured as follows:

Before and after optimization, the loading speed of the iPhone 6 test increased by about 43% :

In the native texture loading process, the texture data is converted into ArrayBuffer, passed to JavaScript, then reassembled at the JavaScript layer and returned to the C++ layer. There are two data transfer processes here. The process is as follows: 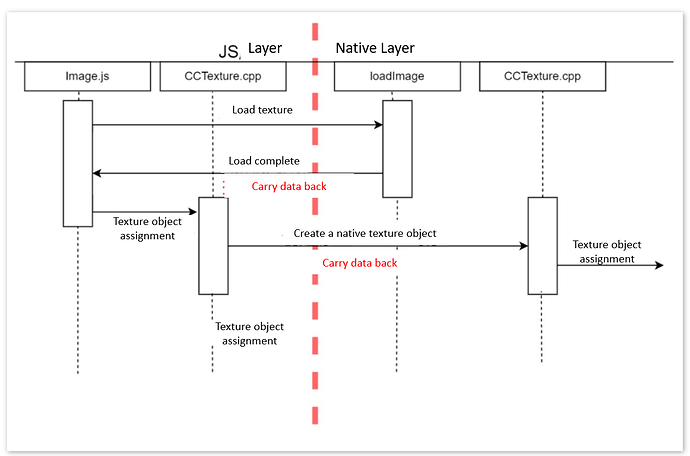 Optimization direction: After the loading is completed, the native layer is in place in one step. Directly create a Texture2d object and return it, reducing the intermediate data transfer process. The revised process is as follows (the red box is the omitted part):

The code is modified as follows:

Before and after optimization, the loading speed of the iphone6 test is increased by about 12%-15%:

The above statistics are the data before and after the Prefab is loaded, including the time to load the texture asynchronously, so there will be a long time. Still, the time-consuming synchronization is gone, and the iphone6 has no noticeable lag.

Since the spine’s skeletal animation is loaded separately on the native side, the spine bone loading can be removed when js is loaded, reducing one IO.

Modify the file as follows:deserialize.js

Because the first time the path is filled, it needs to be searched from all the paths. From the test on Xiaomi 5, it is found that each path check takes about 2ms. We usually will have two paths: an update path and a current package path. Therefore, it takes at least 4ms+ for the last file retrieval of Xiaomi 5.

Generate a path mapping table yourself because the files are determined when packaging and updating. In this way, file search speed can be reduced to less than 50μs.