Six months has passed since the release of Cocos Creator v2.1.0, and the team has been hard at work creating the next releases. Cocos Creator v2.1.0 is our most popular release to date. The development teams effort will be spent on Cocos Creator v2.1.0 and therefore maintenance of v2.0.x will be discontinued. v2.0.x users should consider upgrading to v2.1.1 when it makes sense to do so.

The v2.1.2 update includes not only general experience optimizations and bug fixes, but also the optimization of pure 2D projects, as well as a decrease in project size. At the same time, this version also incorporates all the changes in v2.0.10, supporting the two new platforms: Xiaomi Mini Games and Cocos Play.

Previously we had always positioned v2.1 as a 3D predecessor, so v2.1 was lagging behind for the care of pure 2D projects. However, v2.1.2 has been carefully optimized to work well with both 2D and 3D projects. Now we officially recommend that all v2.0 projects be upgraded to v2.1.2. Projects upgraded from v2.0 will default to 3D modules, ensuring that there is no impact on the package and performance of 2D projects. To add 3D support, manually check the 3D module in Menu → Project → Project Settings → Module Settings.

Since v2.0.0 has been rewritten from the bottom with a 3D renderer, Cocos Creator has evolved into a game engine that can be both lossless and purely 2D and 3D. In the future, Cocos Creator will continue to adhere to the 2D first concept, continue to improve 2D game development experience and basic performance, and gradually introduce 3D features suitable for 2D games.

We are proud of v2.1.2, and we wonder if you are proud too? Good quality is inseparable from careful polishing, and Cocos will continue to improve the quality of its products with a down-to-earth spirit. We welcome our community to continue to submit feedback to us through forums, GitHub, Cocos Enterprise Services and other channels!

After downloading v2.1.2, create a new example project and open the case under assets/cases/3d to experience the 3D features.

You are all amazing!!!
Keep up the good work. Will test the engine tomorrow.

Now… I will wait for material system!

Thanks, I published the new docs a few days ago. I will look into this today and see why.

Edit: I never translated them.

These are in Chinese and I’ll get these translated.

This file has been truncated. show original

What is the purpose of the “internal” folder below the “assets” folder.
Can I hide it from the project?

What is the purpose of the “internal” folder below the “assets” folder.
Can I hide it from the project?

He will be here don’t worry. Team worked incredibly hard this week and some rest is appropriate. I’ll circle back Sunday and remind if needed.

I upgrade my project from 2.1.0 to 2.1.2 and some bitmap fonts are broken, how to fix it, thank you. Below is project demo and my font. 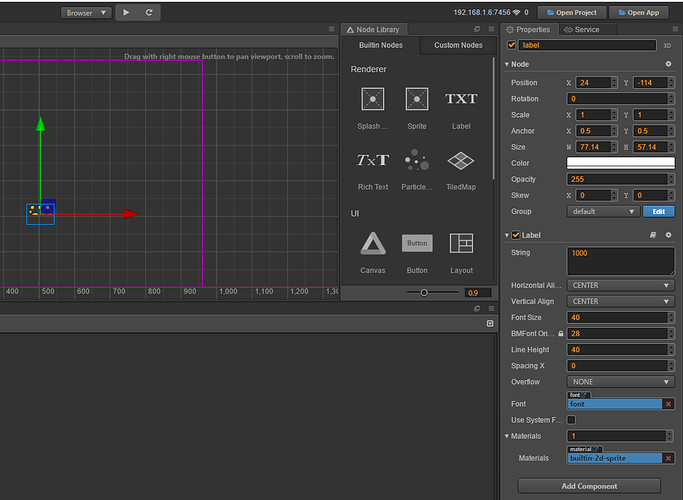 @jare can ask someone to take a look when he starts his work week.

Happy to see a new Update. But a lil bit sad, we don´t get soft-shadows in this release

At the same time, this version also incorporates all the changes in v2.0.10 , supporting the two new platforms: Xiaomi Mini Games and Cocos Play .

You mentioned that this version incorporates all the changes in v2.0.10 but according to the Roadmap this will be merged in v2.2.0 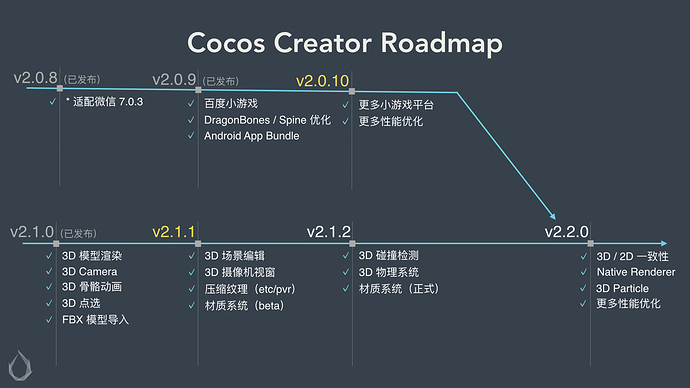 Let me check with the engineering team to see what is the correct answer.

Sure, thanks dude. I’ll be waiting your answer,

it is always present, but now exposed in editor!
you can copy and modify!

and it can’t hide in project!

after upgraded, can we just hot update (using the current app built with 2.1) the new files built by 2.1.2 or do we need to re-compile app and ask user to download the game again?

Is there any new information about the bitmap font? Most of my bitmap fonts are broken after update

Let’s ask @jare to help us.