On clicking buttons (to open various UI components not containing many nodes) within an android device (both physical and emulator) there is a notable drop in framerate from about 60fps down to 2fps. Often this leads to a 3-second delay between the button clicked and the callback function being executed. Interestingly the button transition of sprite from its normal state to its pressed state is instantaneous, even when removing the sprite transition entirely the issue remains.

Here is the code used to allocate the callback function.

Here is the callback function.

And here is the game.toggleUi() function.

I’ve tested the close function and it has nothing to do with the node being destroyed or the toggling of the UI, the function itself takes around 3 seconds on both an emulator and a physical device to even be called. This issue is very small and unnoticeable in ios and not an issue at all when using the web browser.

I’ve also tested to check that there isn’t a memory leak within the system. Opening this UI panel and closing it several times. Each of time the memory level stays the same. Furthermore I’ve even set up onDestroy() methods to call cc.sys.garbgeCollect() as well as when nodes are created I call cc.loader.setAutoReleaseRecursively(menu, true); 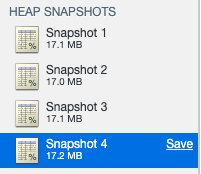 Below is the current setup of the button referenced above however this issue is apparent with all buttons (each set up similarly). 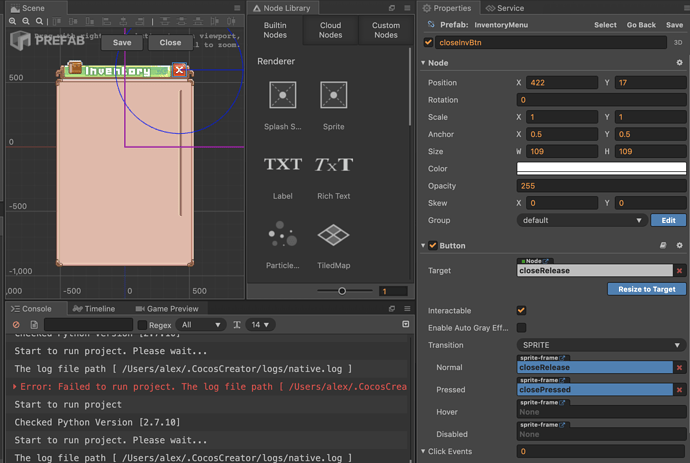