This bug is small, but since it’s something that alters the text shown to users, it might mislead them when accepting an invite request from inviteFriendsWithInviteIds on iOS.

When sending an invite with inviteFriendsWithInviteIds on Android you get the normal message ‘user sent you a game name request’: 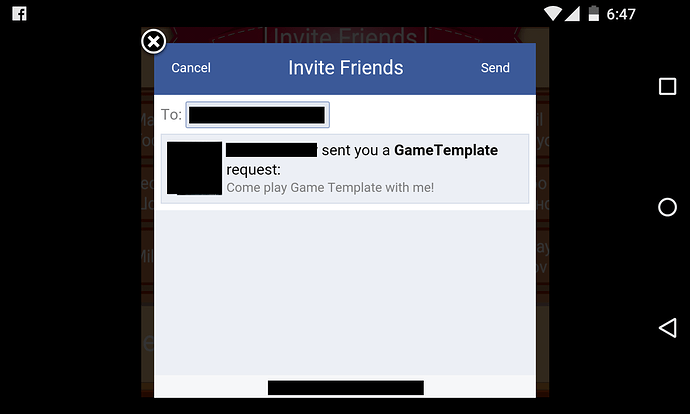 But on iOS the same function has the message “It’s your turn versus user in game name”:

This happens, because the action_type on iOS is set to turn when in fact it shouldn’t be set at all when using the function to invite friends. More about this can be found in the facebook documentation.

Would appreciate if you fix this in the next SDKBOX release as it is a one line code change which shouldn’t be hard to locate.

We’ll look into this and fix it ASAP