Cocos Creator v3.4 is the final version we released this year for Creator. Stability is our most important goal! The development and testing cycle of this version is longer than any previous version, and it has been publicly tested in the community for a month. Thank you to all the developers who participated in the test!

In v3.4, not only important functions such as the Marionette animation system have been added, but also a lot of work has been done in terms of product experience, stability, performance optimization, and infrastructure levels. In addition, we listened to the community and fixed a number of problems that have received a lot of feedback. Our devoted engine team believe 3.4 version will become a great milestone in terms of game development user experience!

The all new animation system is the most important feature in 3.4. We named it Marionette, which means ‘puppet’, which both captures the essence of the animation system and also by itself, a long-standing traditional Chinese art form. It has appeared since the Tang Dynasty and has been circulating for thousands of years, and it is still an important opera form till this day in the Minnan region (where our company is located!). With Marionette, we also hope that developers can precisely control the game characters and enhance the game’s narrative ability.

In terms of editor experience, we have done a lot of fixes and enhancement for user experience. Features and experience optimizations include: 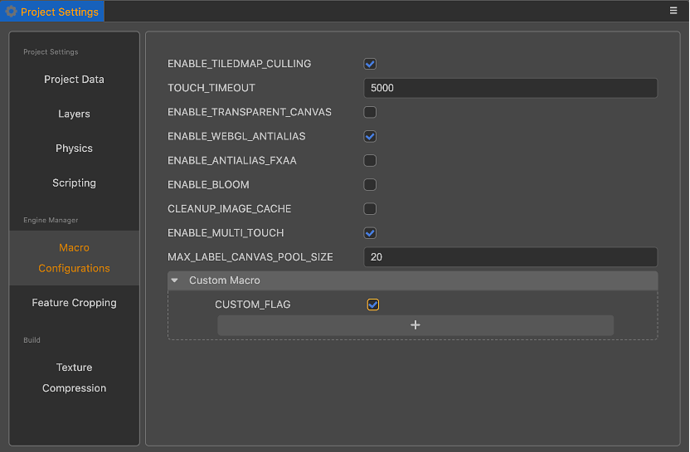 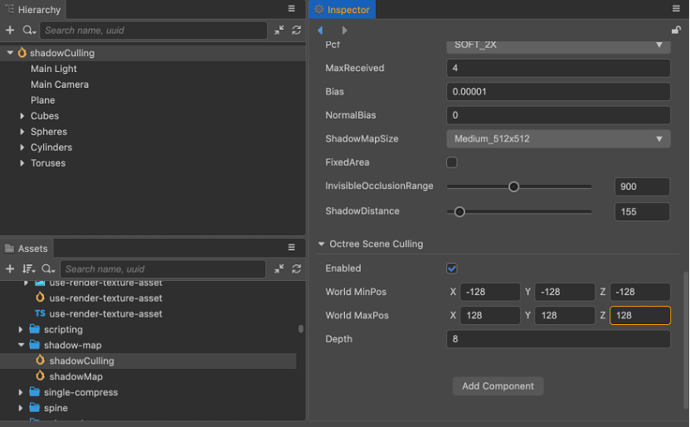 Starting from v3.0, Creator has been elevating and polishing its rendering capabilities. In v3.4, in order to improve the rendering quality of the engine, we brought a series of important upgrades. In particular, the enhancement of the lighting model will make the rendering more refined for our engine. 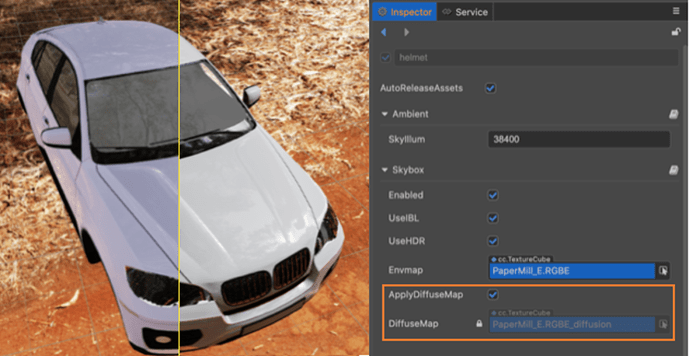 HDR on vs HDR off. 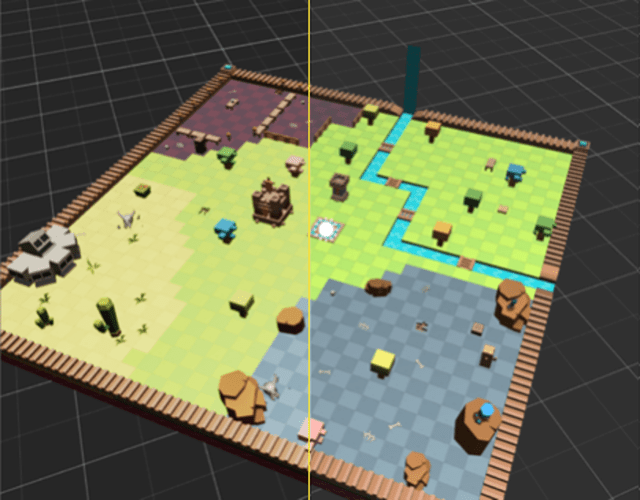 Denoise on vs Denoise off 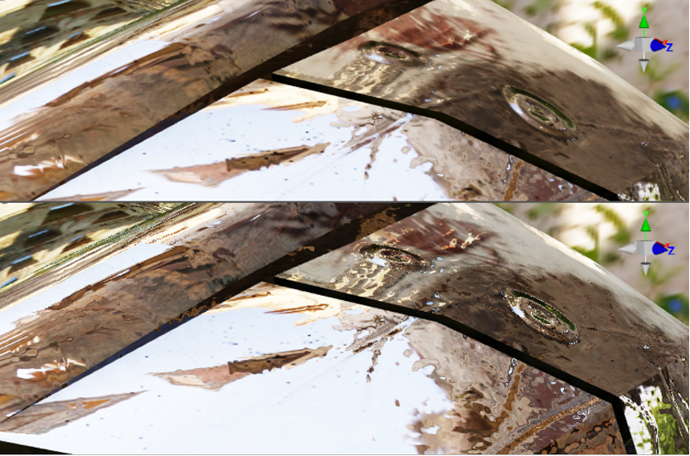 In terms of rendering pipeline, FrameGraph is an infrastructure introduced in v3.1. After several iterations, in v3.4 we formally docked both the Forward and Deferred pipelines with FrameGraph. Below is a simplified deferred pipeline FrameGraph:

Currently, the engine’s deferred pipeline contains a total of 2 calculation passes and 7 rendering passes. Although it is not complicated, it can already highlight the role of FrameGraph. On the one hand, it simplifies the code organization of the pipeline layer and reduces maintenance costs; on the other hand, it also reduces the cost of developers when customizing pipelines. Based on FrameGraph, the Huawei HMS CG Kit team continued to contribute Clustered Light Culling to the deferred pipeline in v3.4 to optimize the calculation performance of dynamic light sources. It can support hundreds of dynamic light sources on the same screen on the mobile side (Kirin 990 chip in Sponza scene Running 1000 dynamic light sources can reach 40 fps).

In addition, the Subpass in the rendering pipeline is also implemented based on FrameGraph. The second major advantage of FrameGraph is the deferred mode for rendering (different from the deferred rendering pipeline). The engine can analyze the rendering process and optimize it before executing the complete rendering process. Currently, mobile GPUs share system memory with CPUs. One of the hotspots of power consumption is the reading and writing of video memory. Subpass optimization is to make full use of the GPU’s Tiled cache to reduce the power consumption of video memory read and write. When the write and read resources of two adjacent rendering Subpass are the same in-frame resource and will not be referenced by other passes, this Resources can be read and written directly through the Tiled cache without wasting any memory bandwidth, which can significantly reduce power consumption. This automatic derivation of resources and rendering processes is exactly the advantage that FrameGraph brings.

Stability is the primary goal of the v3.4 version, so we have also fixed some flaws that have been troubling for a long time, pushing the stability of the engine to a new height. Here are some of the more important fixes:

In addition to fixing important issues, the overall performance of the engine has also been improved, such as 2D rendering and batch efficiency, physical performance, iOS Web 3D scene performance, and Android partial scenes. Here are some test results of 2D rendering:

Due to the adjustment of the relevant logic of web platform screen adaptation, we have changed the web-related index.html template, which includes preview templates and building web platform templates. We have done related compatibility processing inside the engine cocos-creator/engine#9830

This process will ensure that there is a fixed div structure inside index.html:

If GameDiv/Cocos3dGameContainer is missing, it will be automatically filled during runtime.

Note: this div structure is a private structure managed internally by the engine. We hope to keep this structure intact and not customized. If other web tags are added to this structure, it may cause some uncertain compatibility issues.

The newly added IBL sampling noise reduction algorithm currently has some problems with the compatibility of the iOS Web environment. Since it was found that it was not merged in the version later, the support for iOS Web will be completed in the follow-up v3.4.1

Currently, the deferred pipeline is still in the process of high-speed iteration, and there are still some problems with function and platform compatibility. It is not recommended to use it in actual projects for the time being. Some of the current known issues include some particle blending modes that cannot be rendered, builtin-toon materials are not supported temporarily, some low-end platforms and devices have compatibility issues, spotlight shadows are not supported, and 2D & 3D camera mixing issues.

If you are not using Cocos Dashboard please upgrade! It is worth it. 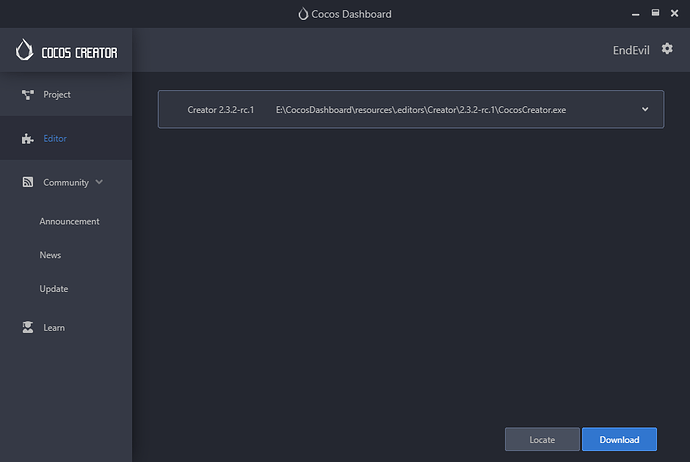 Developers can choose to use a different version of Cocos Creator when creating a new project:

What you want is one word: stability!

Awesome… Can’t wait to try it out!

The original post in this topic has been updated since its original publication.