Learn how to make your charachter run up and down hills with less issues!

This 3D parkour game simulates the technical problems encountered by having a character go uphill and downhill in the game, and provides solutions.

• The character uses a capsule collider

You can also focus on the discussion in the Cocos forum

This resource is officially produced by the Demo Team of the Cocos engine. You can use the code and model resources in the project for your own projects or for secondary commercial use.

Fixing Jittering and Floating With A Front Facing Parkour Game

The demo project for this explanation case is officially produced by the Cocos engine Demo Team . You can use the code and model resources in the project for your own projects or for secondary commercial use. Download link:

Demo of the final effect

The road in this demo is made up of multiple road models (refer to the figure below), and the road parts have many ups and downs. In order to allow the character to “sit” on the ground, a rigid body component is usually added to the character to let the character fall onto the ground due to gravity.

After adding a mesh collision body onto the entire road, the effect is as follows: 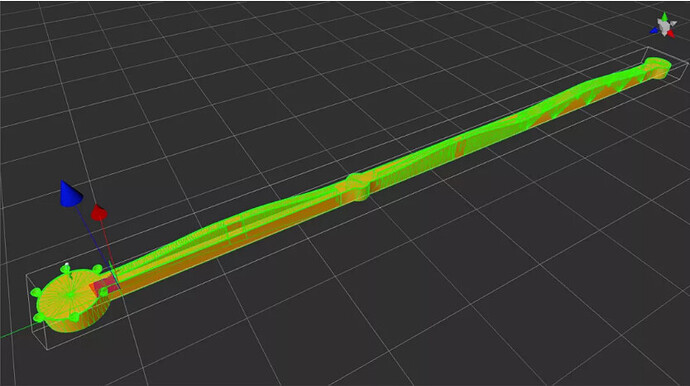 Observing the green figure in the picture, it can be seen that when moving on one of the flat “planes”, when running to the intersection of two triangles on the floor, there is an extra copy of the collision information. This is because the bullet physics engine automatically recognizes this plane as two “planes” or a triangular surface.

In order to solve this problem, it is necessary to cancel the static grid and adopt the convex hull. 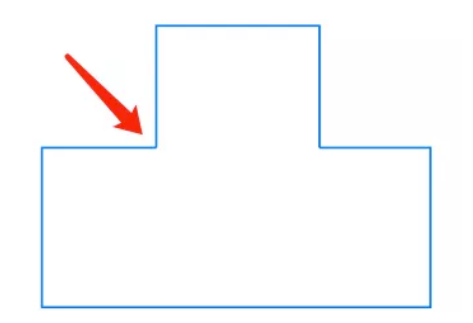 It’s not. Convex polygons are strictly defined in mathematics. Suppose any two points are taken on a polygon (including the inside of the polygon) and connected by a line segment. If every point on the line segment stays in the polygon, then the polygon is said to be convex. 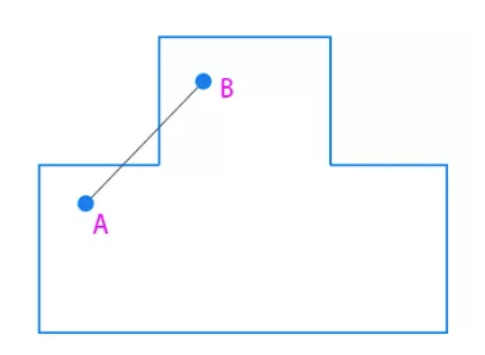 After understanding the principle of convex shape, you can easily know what a convex hull is. The convex hull is actually the smallest convex polygon that can contain all given points on the plane.

Therefore, the model resources provided by the art need to be split, and the track is subdivided into the following: 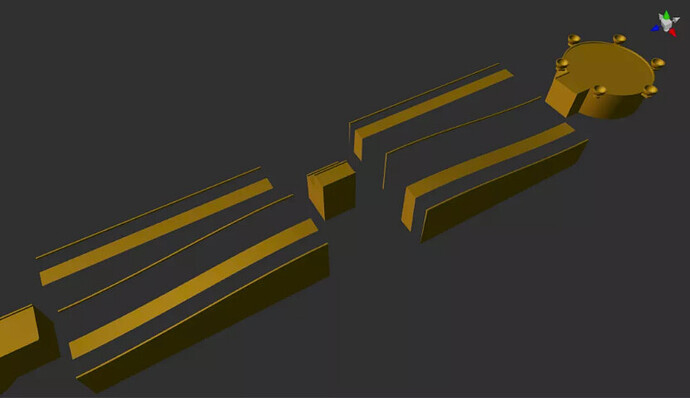 Note: The reason why the road surface and the edge are split separately here is because there is a raised part on one side. If a convex hull grid is used, the height of this part will also be calculated, and the character will appear to be “floating” on the runway.

At this time, the ground and the guardrails on both sides of the track and the flat ground above the ramp can directly use a box collision body. 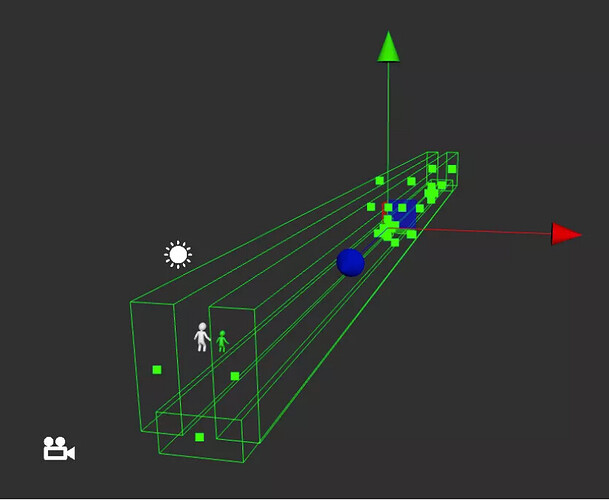 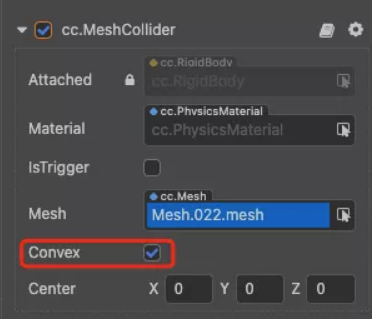 The grid of the final ramp changes as follows:

Run to see the effect:

At this time, the problem of character deviating has been solved, and the problem of jitter has also been greatly improved. But at the same time, there is also a new problem, that is, every time when going uphill and downhill, the characters will jump. We’ll use a picture to illustrate the cause of the problem:

It can be seen from the figure that the current practice is prone to produce a very obvious seam on parallel roads and slopes. This is like riding a bicycle to go on a flyover, suddenly there is a bend, and there is no buffer at this time, naturally it will suddenly shake. Of course, attentive developers will also find that there is actually a slight “floating” phenomenon in the character during this process, which is also caused by this reason.

Judging from the effect, the above-mentioned processing ideas and methods need to be corrected. Therefore, after understanding the reasons for the jumping and levitation of the characters, you only need to make some optimization adjustments to avoid any jitters.

Since the character is running on the so-called ground of physical detection at this time, we can detect the ground provided by the model by means of ray detection, that is, the ground where the character should be located, and then “float” the position of the character “down” with some “pressure” can solve such problems. Let’s see how to deal with it.

First, create a collision group for the real ground of the person to be ray detected. This group is only set up to detect the real ground position. Set a separate group in Project Settings → Physics.

Secondly, copy the node tree structure of the model as it is (you can remove the nodes of the guardrail part). This model node tree does not need to be rendered, but all mesh collisions need to be added (whether it is a flat road or a ramp, this is because Bullet physics engine’s algorithm model determines that jitter is inevitable, so the approach here is to avoid jitter as much as possible), and configure new physical groups for rigid bodies.

The use of convex hull detection requires the model to be separated at the resource level. For example, a mesh originally contains an uphill on the left and a flat on the right. At this time, it needs to be split into a single mesh uphill and a mesh flat. If there is a guardrail on the side of the uphill road, and the guardrail is higher than the road, then the guardrail and the road will be split again. Then, the sloped road surface uses mesh collision and the convex hull detection is enabled, and the flat road uses box collision.

Finally, a set of grid collision groups of actual running roads is established for ray detection, and the position of the “floating” characters caused by the convex hull detection is “pressed” back to the correct position on the y-axis. The specific node tree organization is as follows: