Tutorial: Could you run Zelda's 3D rendering style in a mini-game?

Zelda’s 3D rendering style, can it run in mini games?

As a core module of any game engine, the rendering system is the ceiling for the expressiveness of the engine’s graphics, which directly determines the upper limit of the content that the game can output to the player. The rendering system of Cocos Creator 3.x aims at future-oriented, high-performance, and cross-platform from architecture to design, and supports developers to create more refined game screens.

Recently, the engine rendering team used Cocos Creator 3.1, to recreate the Zelda/Ghibli’s cartoon rendering style as an interesting experiment. Let’s first look at a video of the operation in the editor: 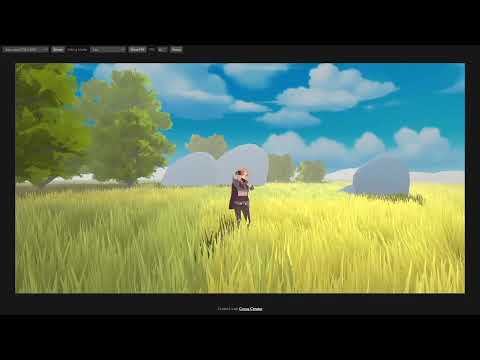 The Ghibli style created by Hayao Miyazaki does not pursue a highly realistic reproduction of the real world, but a unique artistic expression in terms of color, light and shade, and contrast. The painting sense is closer to watercolor, and the use of a lot of bright colors as the main color to show the world through artistic colors instead of pursuing realism, making the picture more cartoonish and fantasy.

The following will introduce in detail the part of the vegetation rendering and the interaction between the model and the characters.

Art: The character in the demo is inspired by a Zelda fan. The author provides many character models for everyone to use for free. Check them out!.

Since the downloaded model has no actions, search for some simple actions on this website.

The initial state of vegetation is equivalent to the default unlit material of the engine, and only the texture and base color can be set. The whole picture is green, it is relatively plain, without any atmosphere and recognition.

To add the modified color of the grass, and get a smooth random number 0-1 based on the noise map, and make a smooth transition to the original basic color, the grass color will become richer and brighter. 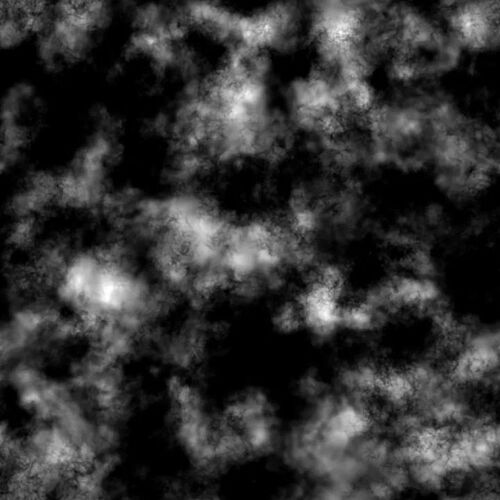 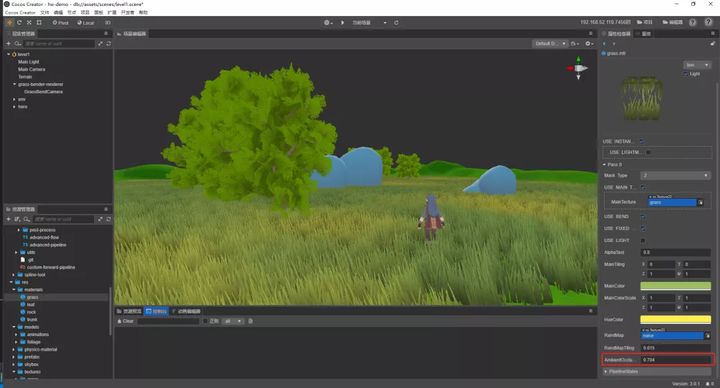 Generally, grass roots or leaf roots receive less light, so the color should be darker than the tip of the leaf. Simply use the uv value to get the difference in brightness from the root to the top of the grass, and simulate and calculate the AO value based on this data, or the shading information is pre-stored in the vertex color during modeling.

In the figure, the AO mask is used as the color output, and it can be clearly seen that the value of the AO mask gradually decreases from the top to the root. 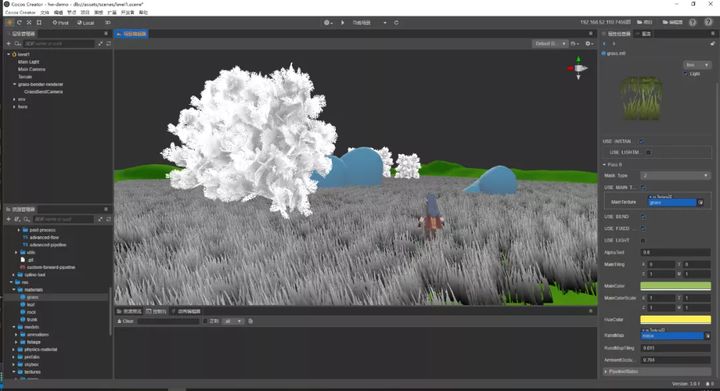 Expose ambientOcclusion as a material parameter, combined with the effect of the previous color output as shown below: 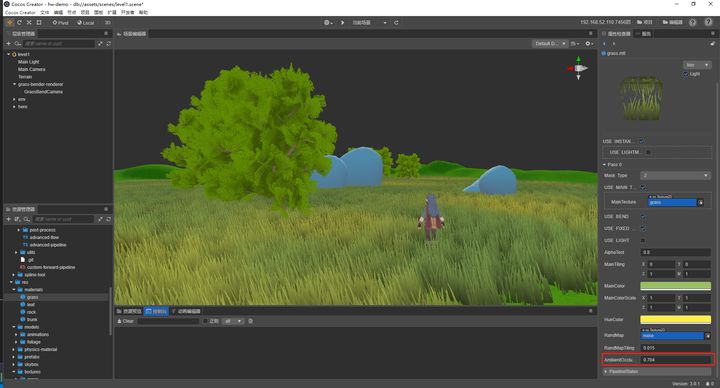 The color of the grass is richer, and now it can give vitality to the grass and let it sway with the wind.

Simply let it oscillate with time according to the Sine curve, and then adjust the parameters through windStrength and windSpeed.

It should be noted that only the tip of the blade can be blown, and the root does not need to swing. This is the same as what we had before is the over-shading of AO Mask. Use the previously calculated Mask value multiplied by Sine to do a simple simulation. 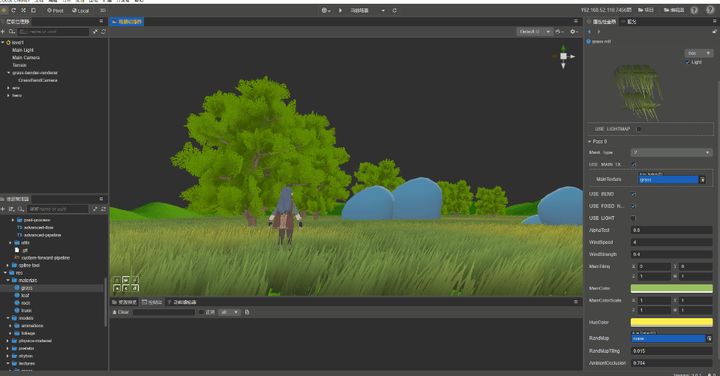 Therefore, it is necessary to remap the range of Sine calculation results from (-1, 1) to (0, 1), and adjust the swing amplitude through the parameter windSwinging. 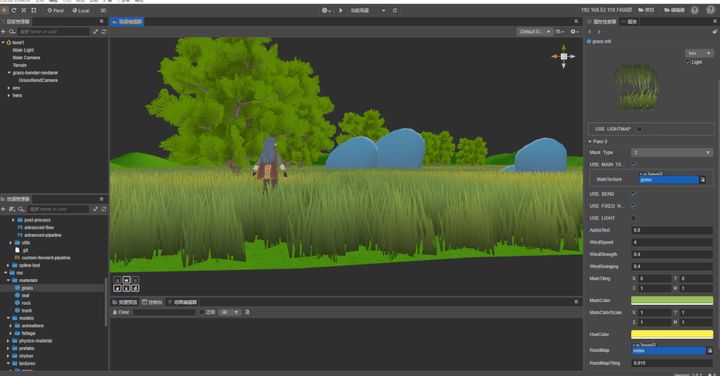 It looks better now, but the swing is too regular and there is no sense of hierarchy. To calculate a different swing value for each vertex, here simply use the coordinate value in the model coordinate system to calculate the vertex strength. 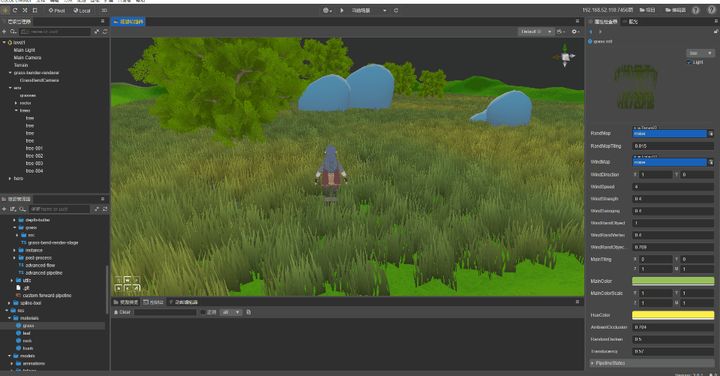 The wind doesn’t always blow in continuously, it usually blows in gusts of wind. The picture below is from the effect of gusts blowing across the grass in reality. Notice that the grass will change in light and shade in some parts. 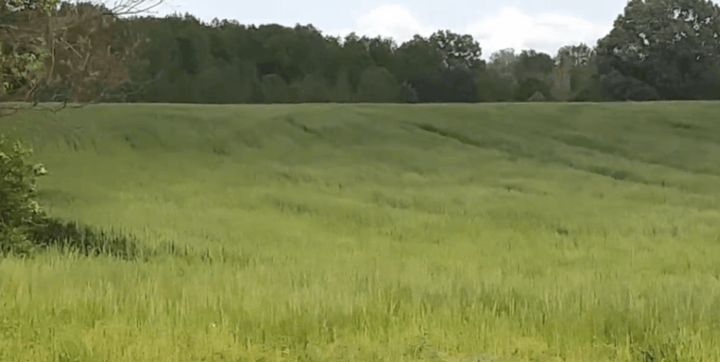 Noise maps are used to simulate this effect: 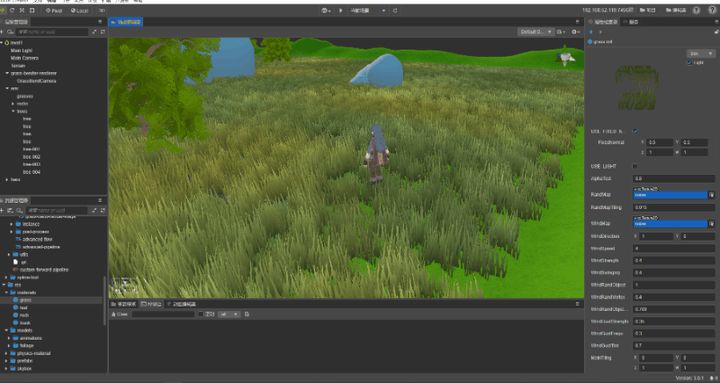 So far, the effect of the grass has been achieved, but the player still can’t feel the depth of the scene, and the background of the scene is still the default color. Use the built-in fog effect and sky box of the engine to increase the details of the picture.

For this scene,choose a lighter sky box, with a white fog effect to make the end of the scene closer to the sky box. 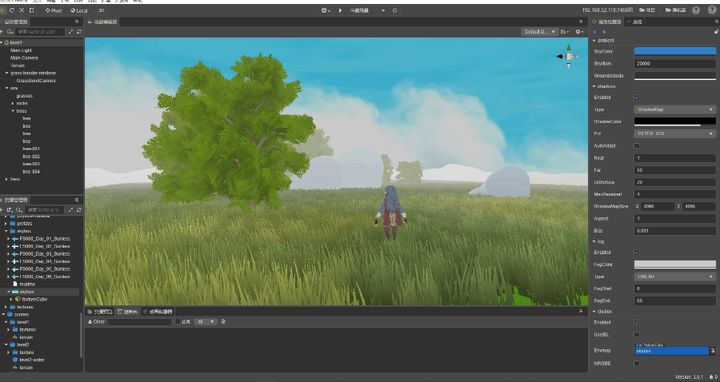 This time, the stylized rendering did not use the lighting model to calculate the lighting effect, but used the results of the shadow calculation to increase the details of the picture. 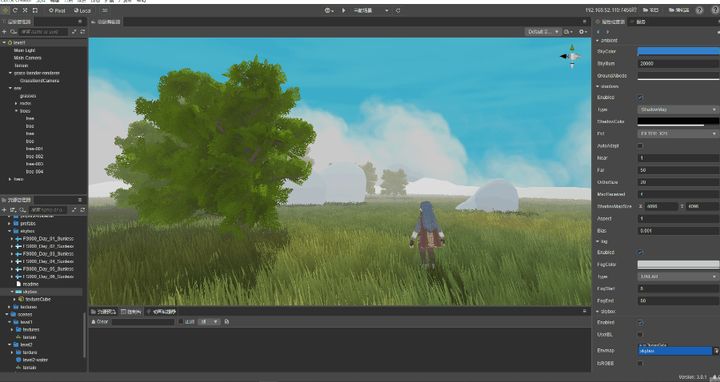 The translucent effect mentioned here does not refer to the effect of glass that can see other objects through objects, but the effect that sunlight can continue to shine through the leaves. When looking at the leaves in the direction of the sun, notice that the leaves appear brighter. 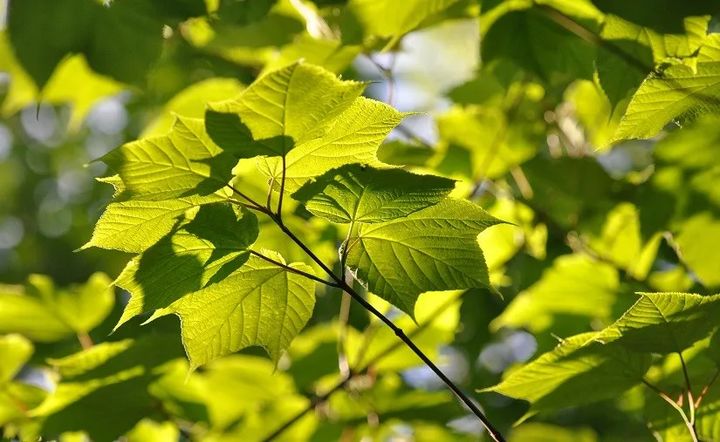 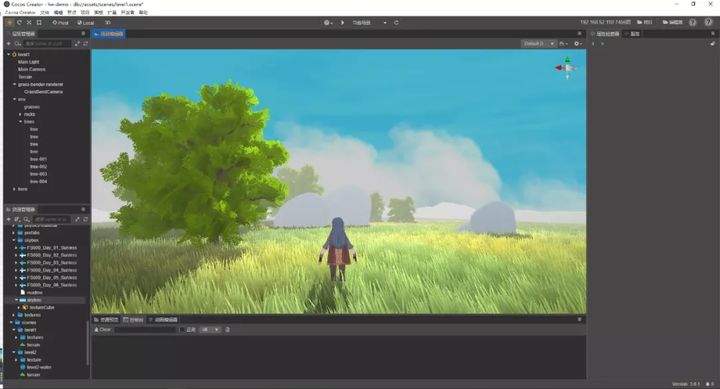 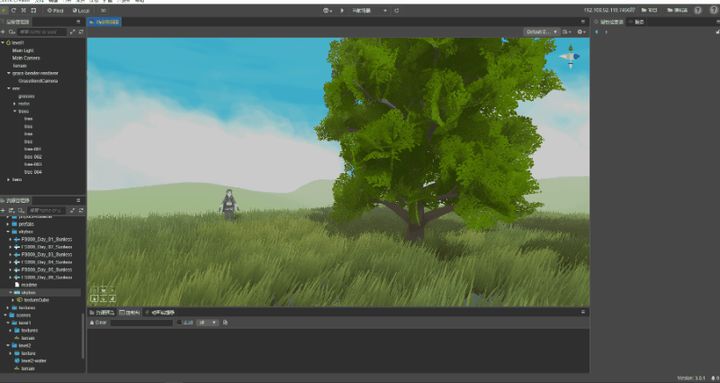 When the player moves on the grass, the grass is collided and squeezed by the player, and it should be obviously bent around.

To do this, draw the object to interact with on a height map. The information in the map includes the height of the object, the direction in which the object is squeezed on the XZ axis, and the strength of the squeeze.

Information rendered into the height map:

The method to generate the height map is to use a vertically downward camera to shoot all objects that need to be interacted. In the demo, the camera will always follow the protagonist and the camera can be modified at any time. 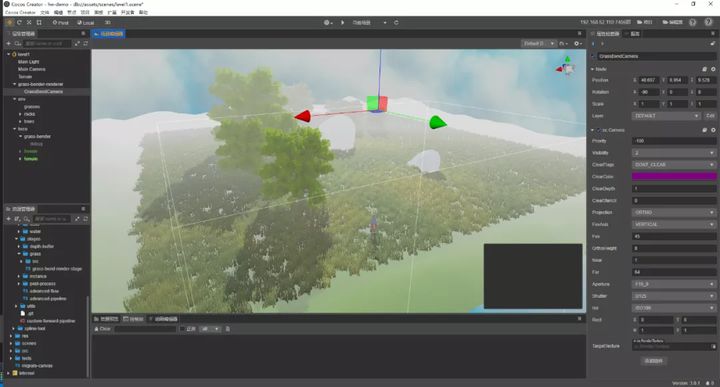 When rendering the object to the height map, we don’t need to render the original protagonist completely, because the protagonist generally has more faces. In order to save some performance, use an object of similar size but fewer faces. To do approximate rendering.

Refer to the figure below, use a cylinder instead of the protagonist to render on the height map, and we can freely change the size of the cylinder to control the rendering range. 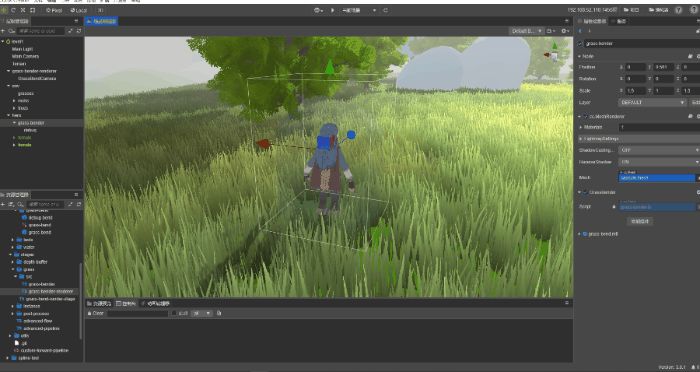 Please review how to get the information in the height map in the grass material:

The above is the full sharing of the Ghibli cartoon style rendering presented by the Cocos engine rendering team. The video, source code, mini game experience, and implementation steps are all provided.