The searchlight effect means that the entire scene or picture is black, and only the place illuminated by a light is bright. There are many ways to implement it but for this tutorial we use use a shader. The main reason to use a shader is to achieve higher efficiency, better effects, and increased scalability. Example:

In reality, objects have all kinds of colors, not that they are the color themselves, but the color of the light it can reflect. Sunlight contains all colors of light. The color of light that an object can reflect is related to the particle characteristics of the object itself. This determines the wavelength range of light that it can reflect, while other ranges of light are absorbed. This results in see objects of various colors. Example: 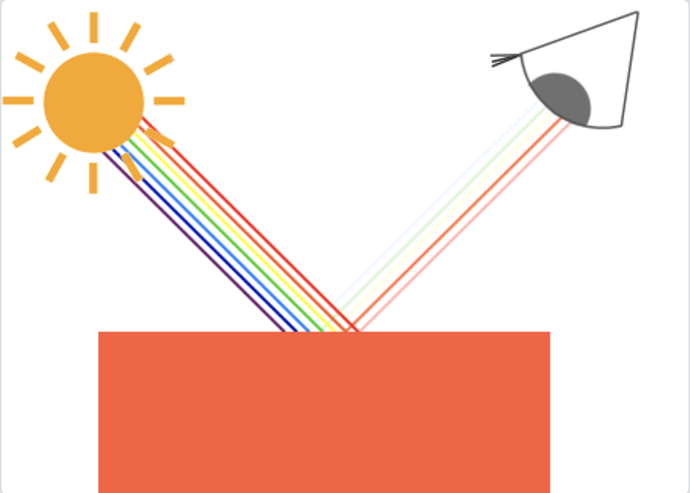 We then control the range of light to be a circle, then it is called a searchlight effect.

Note:- if your scene or target picture is not a square, then the range of illumination may not be a perfect circle, but an ellipse. This is because the coordinate range in Open GL is from -1 to 1, but the width and height are not necessarily proportional. So when developers calculate the range of the circle, pass in the aspect ratio of the scene or picture, and then correct it when calculating the range of the circle:

This tutorial was contributed by Ituuz. Thank you Ituuz!. Visit their personal blog to learn more and find more interesting tutorials.

You can download the complete code for this tutorial on GitHub.