So far, from Part 1, Part 2 and Part 3, we have our Bird and we can make it appear to fly in a colorful world. This section is about starting to write code to make this game more playable and start to feel like a game.

We will use code to make the background scroll. We need to create two background images to scroll through the screen to avoid wearing them.

Third, The two background images overlap and come together. First, change the horizontal coordinate of the SpBg1 node to 288. To do this, click the SpBg1 node, and the Property inspector on the right will display the information for this node, find Position-X, and change it to 288. Example, as shown in this figure:

At this point, you can see two background images in the scene editor.

First, create a new script file and rename it to MainControl. Example: 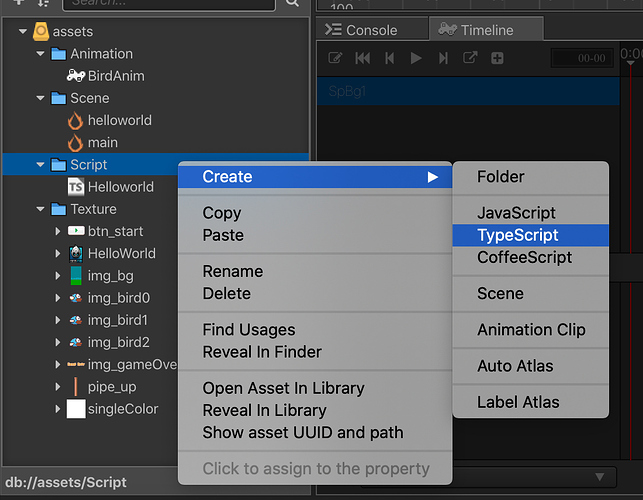 Second, attach the MainControl script to the Canvas node, as follows:

At this point, the interface should look as follows. Example: 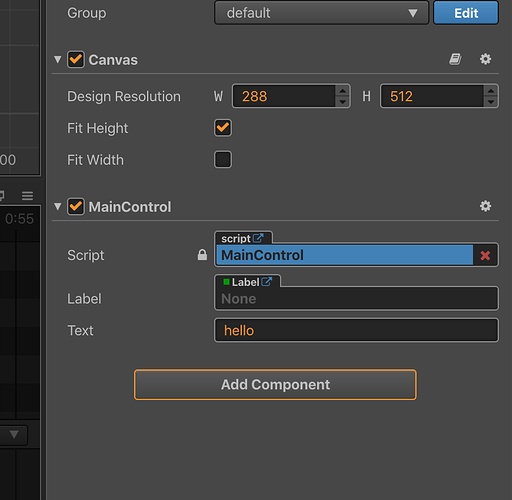 The MainControl script is now attached to the Canvas node.

The above code declares an array of type cc.Sprite. The array variable is named SpBg and has a length of 2.

Fourth, drag the nodes SpBg0 and SpBg1 to the two Sprites in the script panel to associate them. The operation is as follows:

Fifth, save the current scene and double-click the MainControl script to add the following code:

The code in update() is a simple for loop. The function implemented is to subtract the horizontal axis of SpBg[0] and SpBg[1] by 1 pixel. When the sprite has been moved to the left less than -288 set it back to 288 so it can slowly scroll to the screen on the right.

Find the Save button in the scene editor. Click Save once.

At this step, our tutorial is taking shape.

Stay tuned for Part 5 of this tutorial!

To HuJun for creating this tutorial.

This topic was automatically closed after 44 hours. New replies are no longer allowed.