The following article is from Tencent IMWeb front-end team member, Grey. We thank them for allowing us to share this article with all developers.

The IMWeb front-end community gathers many front-end development enthusiasts to discuss issues and improve their work in their projects.

One day I received a new request, and I felt a lot of pressure after reading the design draft given by my design co-worker. They gave me four different devices and how they should look on each. After looking, I analyzed the following main difficulties:

If this adaptation scheme is implemented using CSS, a lot of media queries are definitely indispensable. CSS implementation is more familiar for a front-end developer, but it also leads to tedious and cumbersome style code, which is torturous for developers. In the past few years, the Cocos Creator game engine has been introduced to implement better functionality. The CSS that we used to be familiar with will no longer exist in Cocos Creator. How do we implement this multi-end adaptation on Cocos Creator?

In response to this requirement, we split the adaptation process into the following points:

Multi-device adaptation of the background image

What is the relationship between design resolution and screen resolution?

We use the following scene as the introductory scene, the purple frame is our design resolution, and the blue frame is the actual scene: 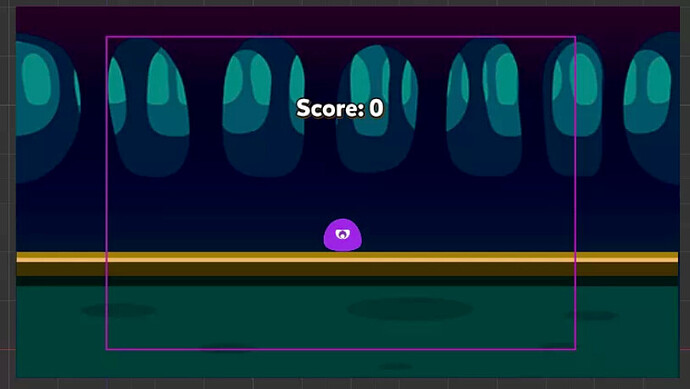 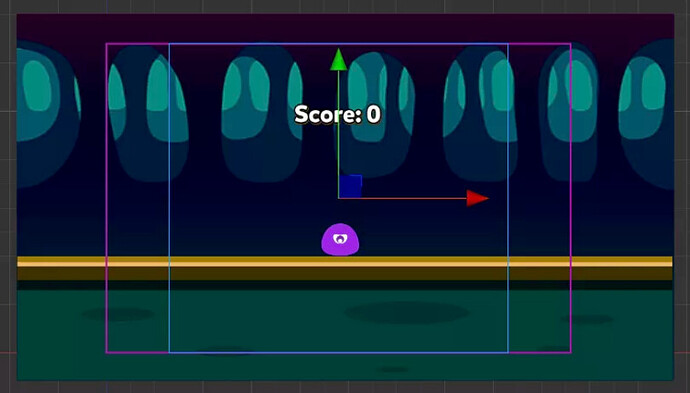 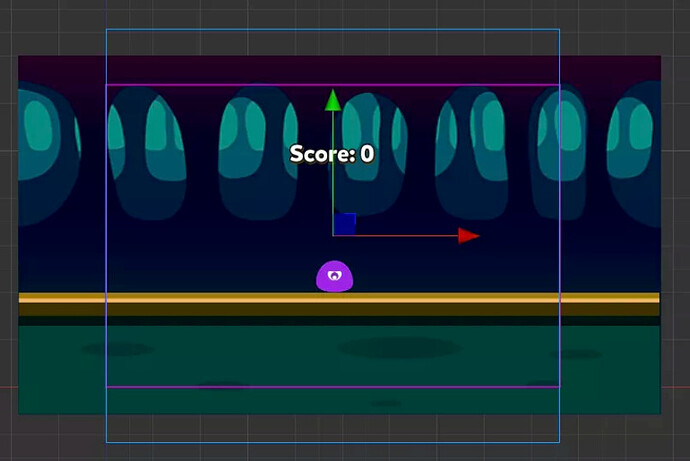 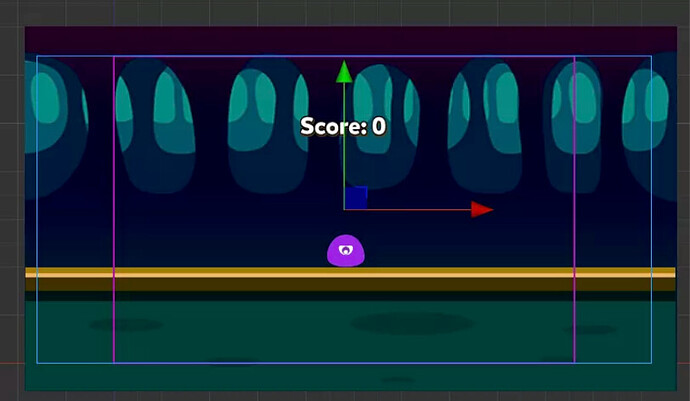 What mode is used for background multi-device adaptation?

In the code, we can get the aspect ratio of the actual screen resolution by obtaining the current view size and decide whether to use the Fit Height mode or the Fit Width mode according to the aspect ratio. 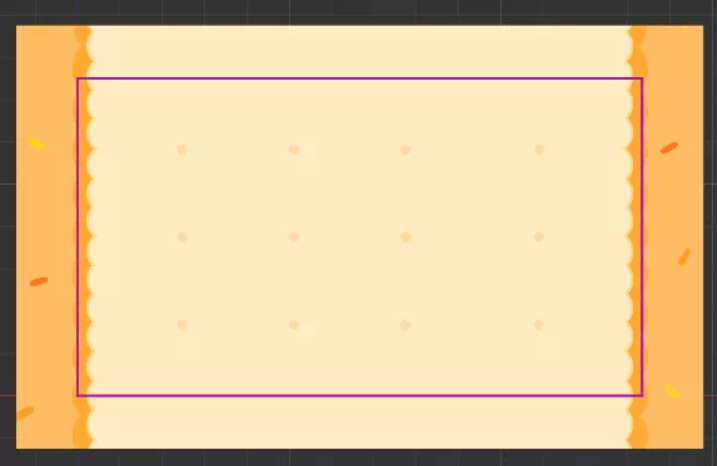 Detailed developers may have discovered that the aspect ratio of the PC side and the iPhone7 side are actually the same sizes. According to our above idea, the two ends should display the same background area. At the same time, because the PC side’s aspect ratio is larger than the iPhone7’s width and height, and all the nodes in the scene can enjoy scaling the resolution based on intelligent design, the nodes should be larger than the PC side, than the nodes for iPhone7. However, the first design drawing requires the PC to occupy more background area, and the size of the nodes in it is also the same as the size of the nodes in the iPhone 7 to ensure a beautiful display on the PC. It is necessary to individually adapt to the situation on the PC side and scale down both the background image and the nodes.

What is the Widget component?

Which node is used as the parent node of the node alignment?

According to the requirements of the design students, the distance of the node (such as the countdown node) on the PC side, iPad side, iPhone X side, and iPhone7 side are different. At this time, how do we set the distance according to different ends?

First of all, setting the distance of a multi-device node is just to change the alignment value of the node widget component in all directions, such as a countdown component. We first determine which device we’re using currently and then change the top of the widget component according to this device. And then the left value.

Since the setting logic of the widget needs to be executed on different edge nodes and needs to be executed on different ends of each edge node. There are many usage scenarios. So we can extract this logic as a general script component and add the required node separately. The following is a UIAdaptor script component we extracted: 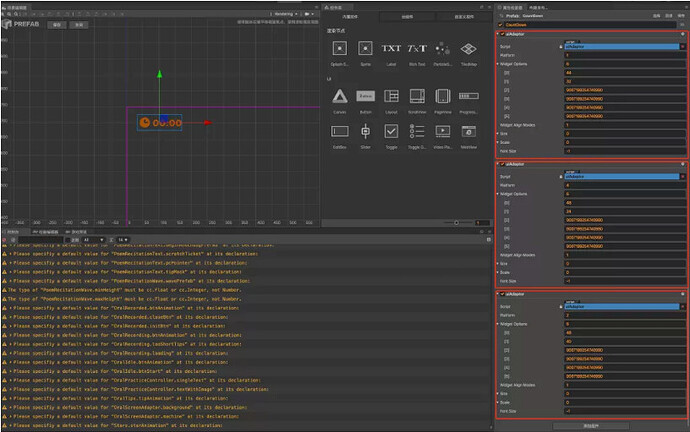 Since the distance of the countdown node on each end is different, we add a UIAdaptor script component to the countdown node for each end and fill in different devices (PC, iPhone X, iPad, Android iPad) and Widget options (left, top, right, bottom, horizontalCenter, verticalCenter). When the scene is loaded and executed to these scripts, it will be judged whether the end of the current scene is consistent with the end selected by UIAdaptor. If it is not, skip it. If it is, fill it in with the value. In this way, we can achieve multi-device adaptation of the nodes without added code.

Nine-box cutting of the background image

Why do you need to deal with the background image?

The design workmate will give a cut-out for text in the first design draft. The cut-out length looks like this:

If we don’t do any processing on the image, just throw it into the game and let it automatically stretch according to the length of the text; what will happen? 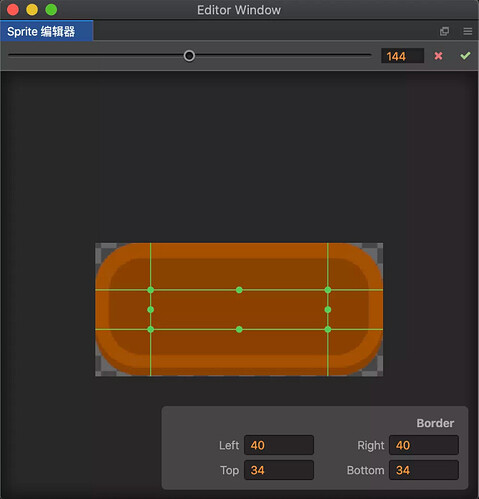 Here we can move the green line to cut the image resource into nine parts, and the stretching rules for each part are as follows: 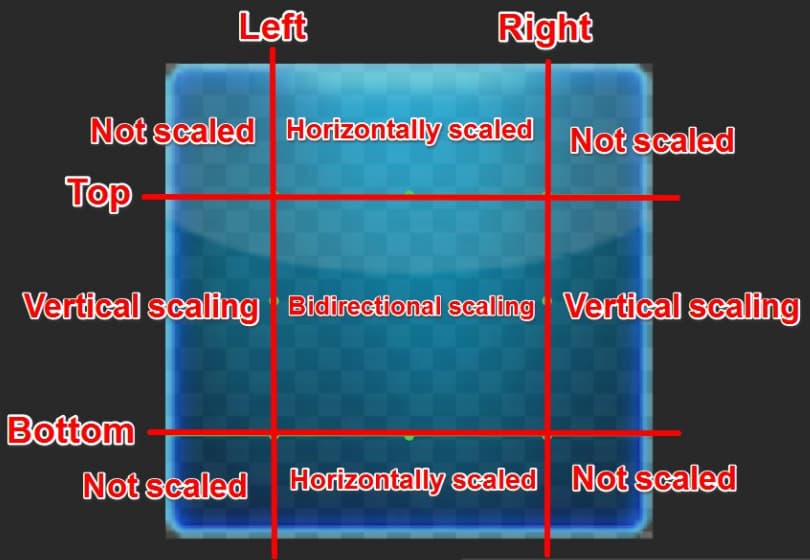 Well, doesn’t this option seem to be better than before?

Precautions for cutting the box

If you choose a doubled image to do the nine-square grid cutting because the size of the doubled image is too small, the four rounded corners will also become very small, as shown in the following figure:

If you choose a triple cut of the nine-square grid, because the size of the triple image is too large, the four rounded corners will also become very large, as shown in the following figure:

Make UI images that can be stretched arbitrarily

Is there a demo project of this implementation for reference?

I can ask if we have something.