Yuefu Interactive Entertainment has shared the two solutions to achieve 3D flip with a 2D camera. They happily shared it with our group and allowed us to share it with our developers. This is the target effect:

How do you achieve the effect of the above picture? Everyone’s first thoughts were to use a 3D camera, set the 3D node to rotate rotationY, and then move the node.

Can a 2D camera be used to achieve this effect instead? The answer is, of course: Yes!

Since we want to simulate 3D rotation, we first need to know how it moves and the difference between its movement under a 3D camera and a 2D camera?

The process of graph deformation around the Y-axis 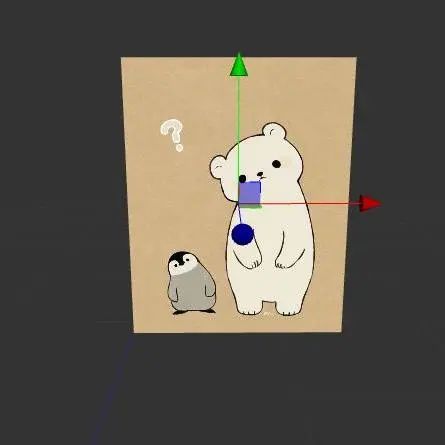 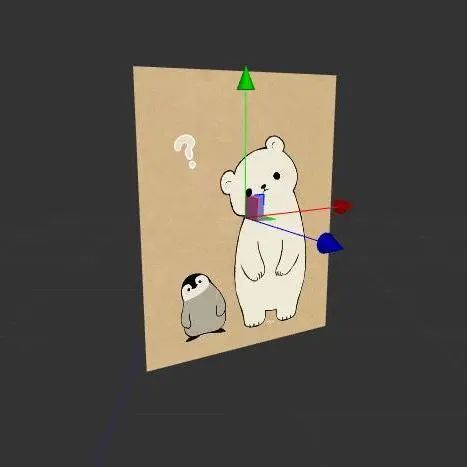 Among them, n is the distance from the camera to the screen, and z is the Z coordinate of the vertex after the change. 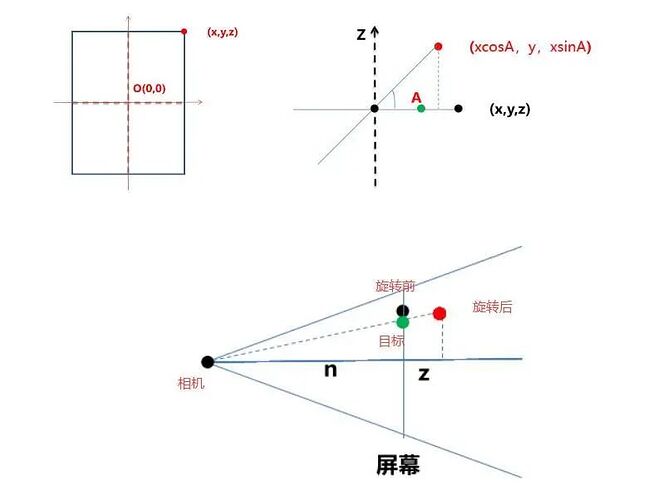 According to the similar triangle formula, we can easily derive: 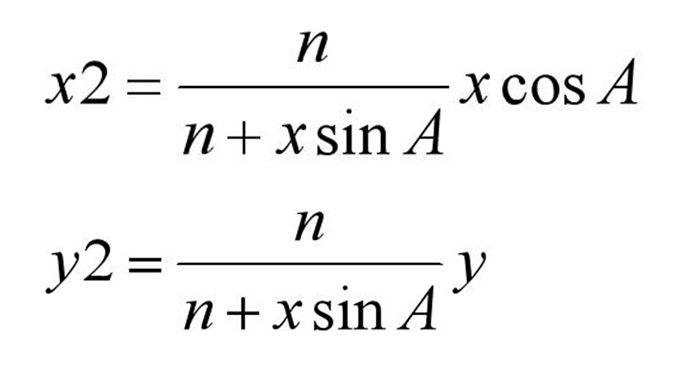 Where (x, y) are the coordinates before transformation, A is the transformation angle, and n is the assumed distance from the projection point to the screen.

We already know the formula for the rotation angle and the coordinates before and after the transformation, so how to modify the vertex coordinates of the picture?

Yes, we can easily think of custom rendering.

This time we adopted the first method: creating a custom Assembler.

The most commonly used modes of cc.Sprite (simple, sliced, tiled, etc.) corresponding to the different Assembler derived classes internally. It is also a quadrilateral node, and different Assemblers can transform it into a different number of vertices to achieve different rendering effects.

The updateVerts function only calculates some local image data (calculates the distance between the top, bottom, left, and right sides of the texture in the texture) and then calls the updateWorldVerts function of the parent class Assembler2D to convert the node’s local coordinates to world coordinates and save it to verts (vertex data).

Rewrite the updateWorldVerts of Assembler2D, and the vertex data can be changed by using the calculated vertex data.

The final effect is as follows:

It looks fine, but there seems to be some distortion in the image when slowed down. Let’s use the nine-panel image for comparison, and sure enough, the movement is distorted, and the image is distorted along the diagonal:

Why is it distorted? This is because we have modified the 2D point positions to the 3D vertex position data to warp the graph to the style we want, but the UV coordinates of the vertices are still 2D and have no depth. The problem here is that we are interpolating the UV coordinates incorrectly. 3D UV interpolation is not necessarily linear unless the Z-coordinates of the vertices are all the same.

This approach is not desirable. Let’s go back and think about the implementation. Why does the 2D camera display differently from the 3D camera? We learned that the projection is different in our previous attempts, so is it possible to modify the camera projection?

If you want to modify the camera projection, you need to know how the projection affects the node’s rendering, so we analyzed the default texture of the picture.

Resources/static/default-assets/resources/effects/builtin-2d-sprite.effect
(Analyze only to vertex shader)

I know the value to be modified, but how did this value come from?

I have to praise here, and this is the benefit of the open-source engine- check the source code!

We kept going from one parameter to another parameter, from one function to another function. Finally, We found that the camera has different matrix calculations according to a perspective projection. We finally got the _matViewProj we want, the view projection matrix. Now let’s understand how the camera’s perspective matrix is calculated.

Change the cc_matViewProj of the target image to the vp value of the perspective projection (perspective matrix * view matrix and convert it into an array) to achieve the effect of 3D projection with a 2D camera.

Knowing how to modify the projection matrix and where to write the modified matrix, how should we pass the custom parameters into the shader now? The answer is custom materials!

Right-click in the resource manager to create a new effect and create a new Material reference to the corresponding effect (the explanation of the relationship between the Material and the effect can be found in the official Cocos Creator - Material Resources documentation. 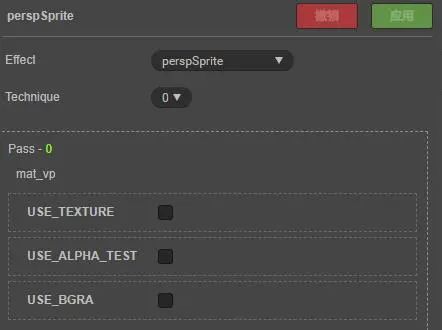 We only need to declare a 16-bit array variable (such as mat_vp) in the properties of the newly created Effect file and then get the material of the image and convert our calculated view projection matrix into an array value and pass it into the custom material, material.setProperty(mat_vp, arr) will do.

The final effect is as follows:

This article was first published on the official account of Yuefu Notes, where the Yuefu team shares their front-end, back-end, and platform-related technical experience and innovation results on WeChat.