Has Cocos2DX been replaced completely by Cocos Creator? It looks like the last update of 2DX was a couple years back. Will it continue to be updated/supported?

Yes, it is recommended to use cocos creator for new projects, cocos2dx will not updated again.

Depends what is your understanding of dead. It will not be receiving new features, but I believe it will be maintained for bugs. And for me that’s more than enough to keep using it for many many years. Also, i don’t find any missing feature for the type of 2d games I do.

Cocos2dx 4.0, despite the many “is dead” comment, is a very mature engine. Just check how many amazing games where and are still done with it. Some developers are still using today 3.x version.

If you are like some devs, including myself, that want to code in c++ I’d recommend not be discouraged by the “is dead” comments.

I think it’s a shame that they decided to drop new version of cocos2dx. I ve read a lot of comments in other forum like Godot about coding in c++. In Godot you can, kind of, but it more like a binding.

Cocos2dx was the only 100% cpp engine mature enough for CPP devs. They had something unique that other engines don’t provide. It’s sad that they dropped it, but as I said, in my case at least, cocos 2dx 4.0 is more than enough for years to come.

you are right @rudiHammad . now as a cocos2dx game developer, i can say i dont able to get clearly cocos creator without proper documentation and video tutorials. first things i have never worked with typescripts or any kind of that editor. also here when you use cocos creator and search on youtube or google for something help in cocos creator you got mostly 4-5 results hardly.
and why cocos community not thinking about those old developer who are working with cocos2dx when cocos2dx 2.x was there. i dont know but for me without proper tutorial, video, documentation it’s not easy to move on creator.

@linrm please make properer docs for all feature with real time example. that 2-3 git hub test cases, and docs is not enough. and also please do continue support for already build cocos2dx games.

I’m using 3.17 the last of version 3. 4 introduced a couple of bugs for me and I don’t use METAL witch is the equivalent of windows direct X. the engine has everything you need, could not think of anything it really needs other than a GUI interface scripting of the engine. also dose cocos creator not need the source in order to compile to native Apps.
else it just runs in the web browser?. I prefer source as is I can optimise it & have better control. it’s really simple to use anyway. and to tell you the truth would spend more time now figuring out how to get a sprite on screen then just calling addChild(); and removeChild();.
but if anyone is interested I will be more than happy to create a Video tutorial on using the Source programming and Optimise the crap out of it and how it works. Joystick, Servers, Threading , debugging and games.
if enough people ask I will start a youtube channel and ask the admins here to start a thread.
but cocos2dx source is very much alive for me.

It is good to know that more people are still using cocos2dx.
I don’t know if you’ll find many requests asking for cocos2dx tutorials. I would be very interested in servers since I have no idea how to do leadboards just to connect to a server storing the highest scores(haven’t investigated much yet).
This is the game that I am currently developing in cocos2dx 4
my cocos2dx game
In any case, I also much prefer to create a spirte and position it using code that having to go throuhg a ui, drag and drop, translate in a viewport, then select the sprite and attach to it type scripts…I do see the appeal for other users to use cocos creator, but many of us still prefer and will keep using cocos2dx even if it is not updated anymore.

Hold on a moment bruv. we where talking the other day we had a good chat in another thread and I said I would create a space shooter because you inspired me to make one so I been Woking on this for about 3 days because I was busy writing a new Joystick to post on here because your game was windows I think because you don’t have a joystick in order to put it on a android or apple device. let me snatch a couple of screenshots ill sort out a YouTube account 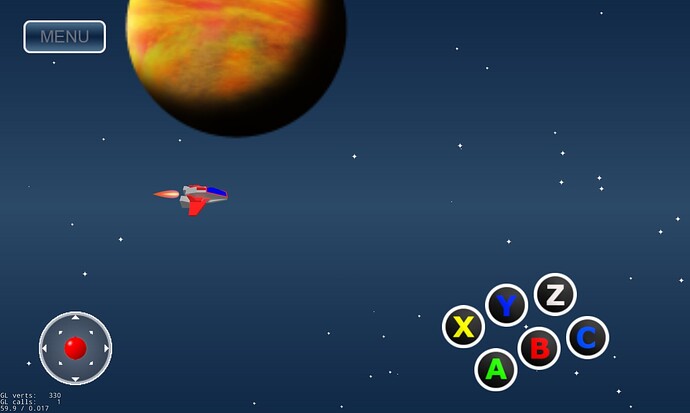 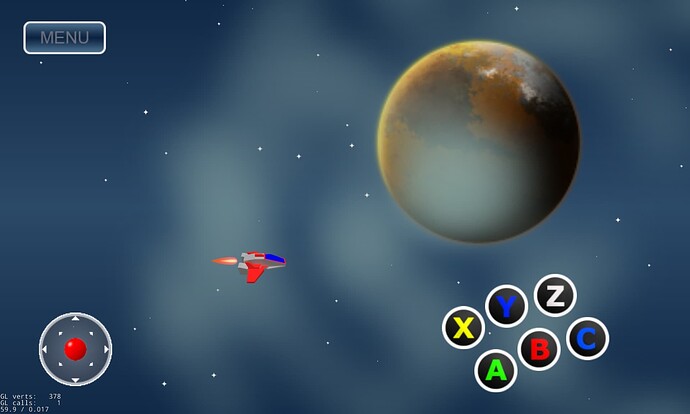 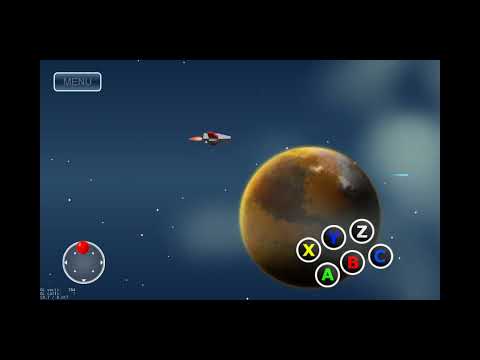 here is the debug output 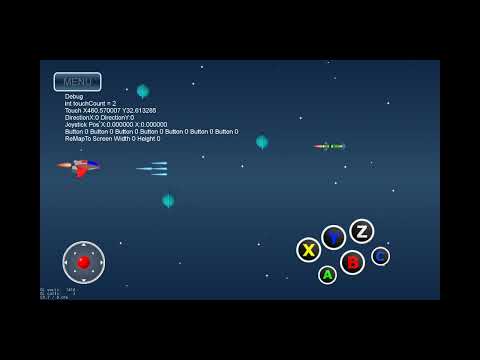 sorry the motorbike is not part of the FX london is a bit busy. had window open.

ill send code soon for everyone to use.
I was just in the middle of writing the enemy class when I got your message

That’s true I forgot. Nice work! Glad my game helped others to keep working on their own.
Are You using prerrendered 3d sprite? Looks neat.
Keep it up.

Yes I’m using 3ds max to make different 3 sprite. remember I said the engine can hide & show sprites
that’s all it dose quick and simple. you could make it 3 different animations and do the same thing.

Example, joystick up or dir = -1 show the up ship sprite and Hide forward and down sprites.

I will be releasing the code soon just working the other classis then need to comment code. Then I would like other people to change the sprites add there own movement and use it to make there own space shooter’s, oh I also upgraded to using source 4.0.