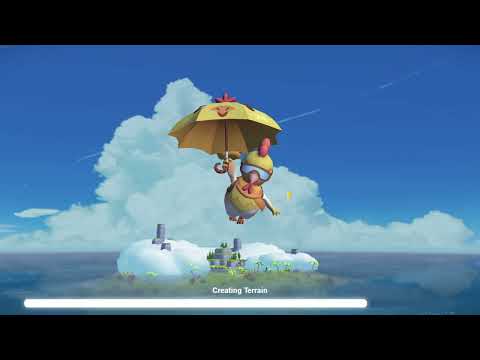 Recently we released isles to Steam to let developers see what can be built by the engine. At the same time, as engine developers, we can also want to experience the whole process of developing games with Cocos Creator to find out the shortcomings and pain points of the engine and provide a reference for future iterations.

After the game was released, many developers and players told us their experiences and suggestions. This article will share some optimization ideas and methods for your reference.

Forced use of discrete graphics cards

Many windows machines have more than two graphics cards. In some cases, the desktop will automatically select the lower-performance integrated graphics card for the game to play on. In gaming applications, we may want the program to run the best graphics all the time to keep the game smooth.

Since iles and many PC games built-in Cocos Creator are based on electron, we have found some solutions to this issue.

To check the graphics card information of the machine after booting and whether it uses the correct graphics card, we wrote a test program available for free for reference. 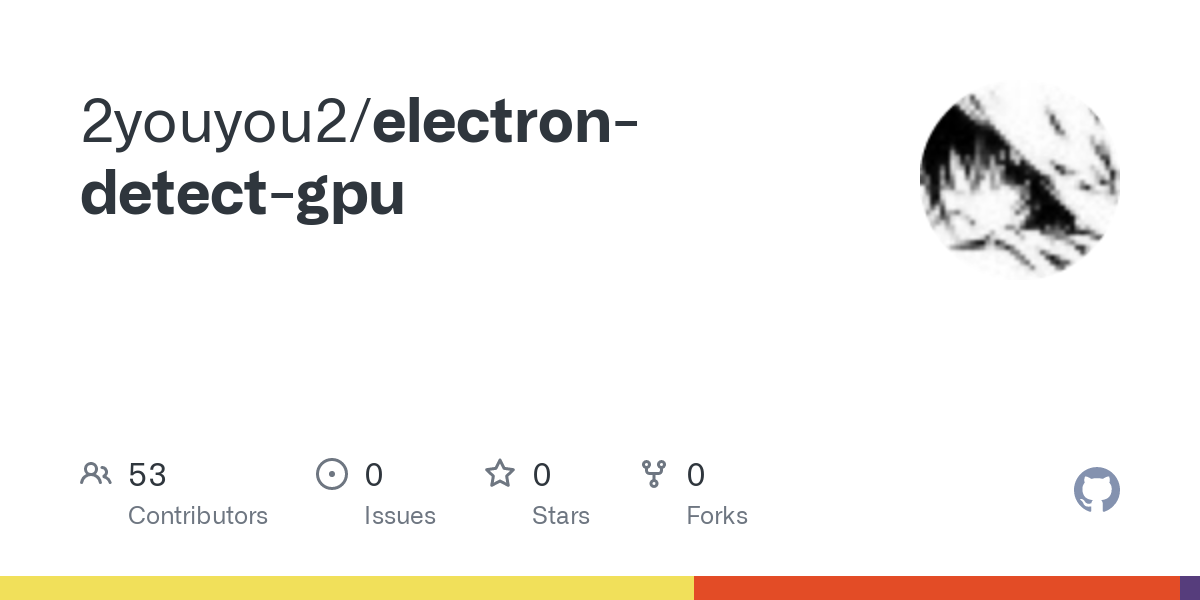 Contribute to 2youyou2/electron-detect-gpu development by creating an account on GitHub.

Optimize DrawCall and the number of faces

Based on this thinking, we divide the sea into nine regions. Only the middle part keeps a high vertex count. The surrounding models use less vertex count, but in order to ensure that the vertex animation between regions is perfectly connected, the vertex count of the edges of the high and low models also needs to match perfectly.

Here is the process we used to operate with Blender. 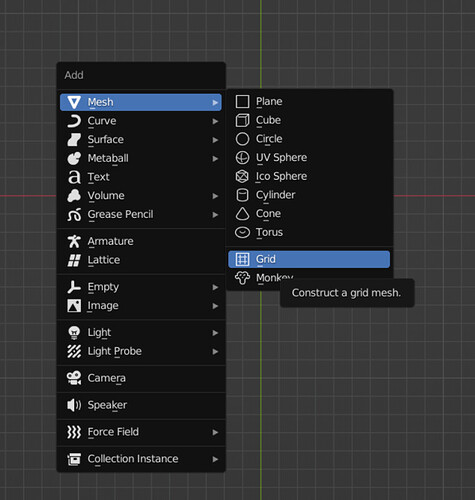 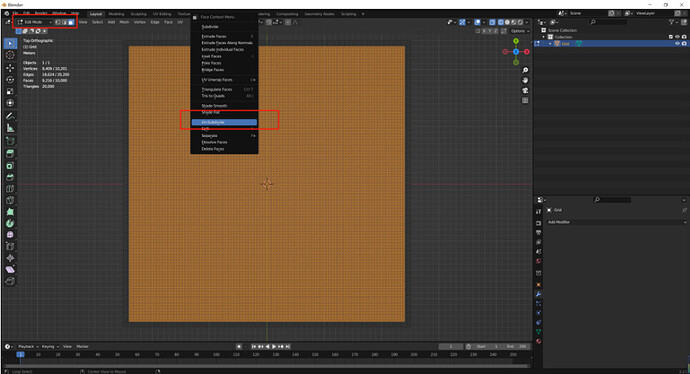 You can see that there will be much fewer vertices after the optimization. 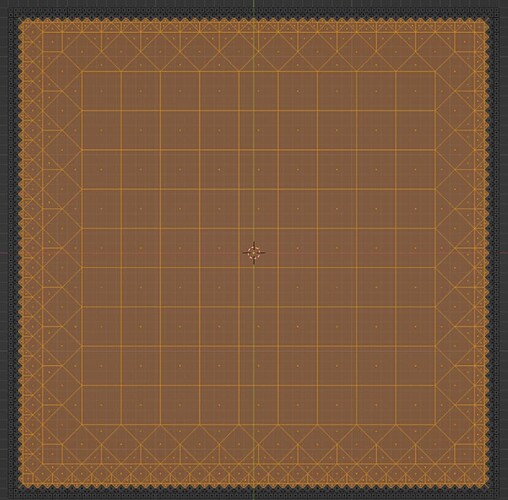 There are a lot of trees all over iles, and the original tree is still modeled with a pretty high verticy count, with about 300 vertices in a tree. 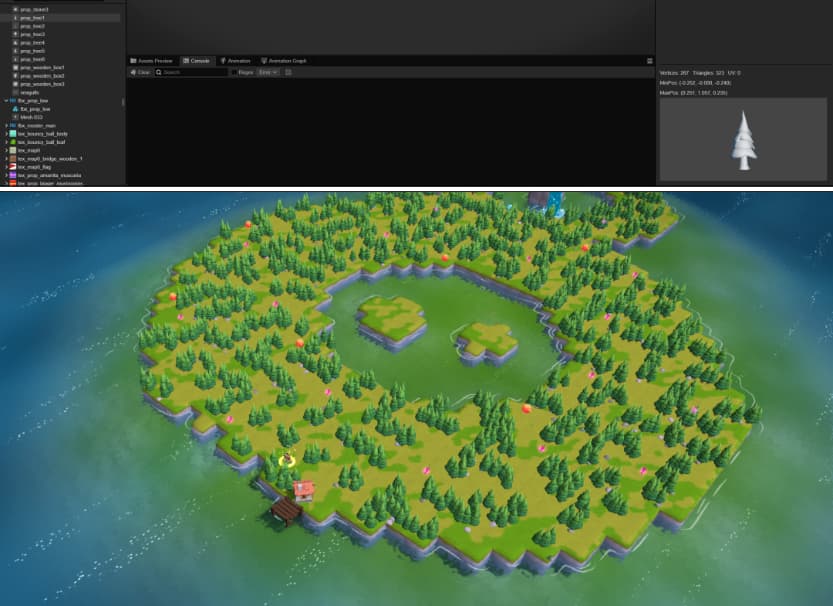 This level above has almost 2000 trees and nearly 600,000 vertices. We added lod support to use a finer lod up close and a rougher lower one at a distance, culling out the rendering of this model at some distance away.

Making a rough version in Blender is relatively simple: select the model, add a Decimate type modifier, and adjust the ratio to reduce the vertices to an acceptable level.

Then wrote a relatively simple lod selector, using lod0 if within 10m of the camera, lod1 if within 1000m, anything further away is weeded out. If the creative workshop edit mode wanted to see a bit further away, set it to within 3000m and still see the trees. 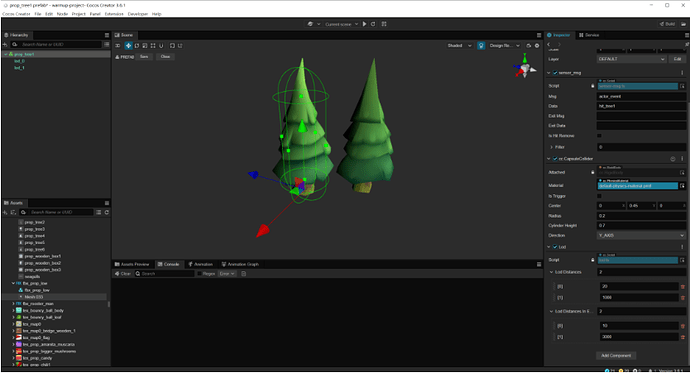 If we were to render the grass in the normal model way, each traversal would consume a lot of performance. Scene cropping and instance filling are the hardest-hit areas regarding performance consumption.

Here I want to take complete control of the entire instance rendering process for the meadow. 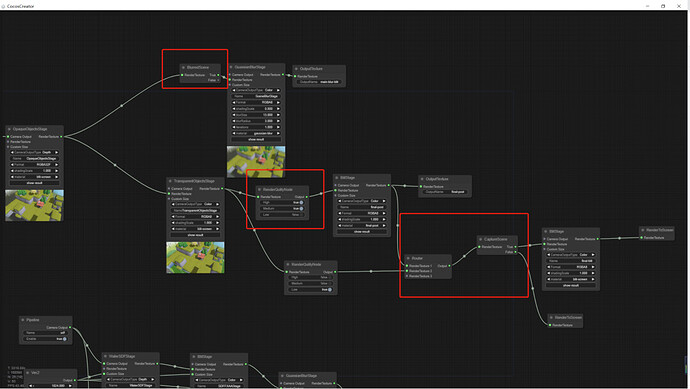 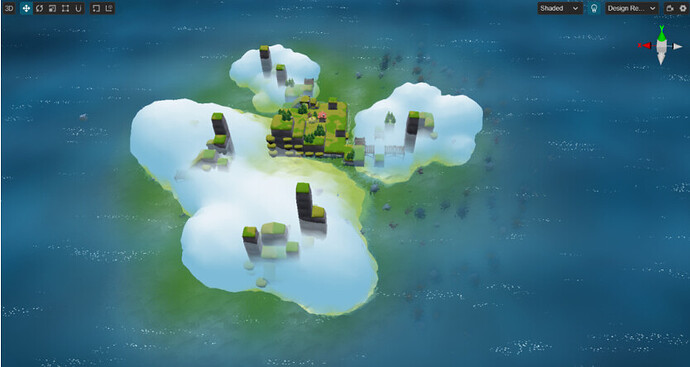 The rendering resolution of the screen has a significant impact on the consumption of GPU calculations. We found that some users with machines that are not very well equipped but potentially connected to a very high-resolution machine, based on different rendering qualities, we controlled their maximum rendering resolution

Cocos Creator 3.6.0 added an editor preview mode. We can run and debug the game in the editor, which helps improve development efficiency. iles upgraded to v3.6.1, and the whole experience is still very good.

In addition to optimizing performance, we have added some game content or modules to enhance the player’s gaming experience. 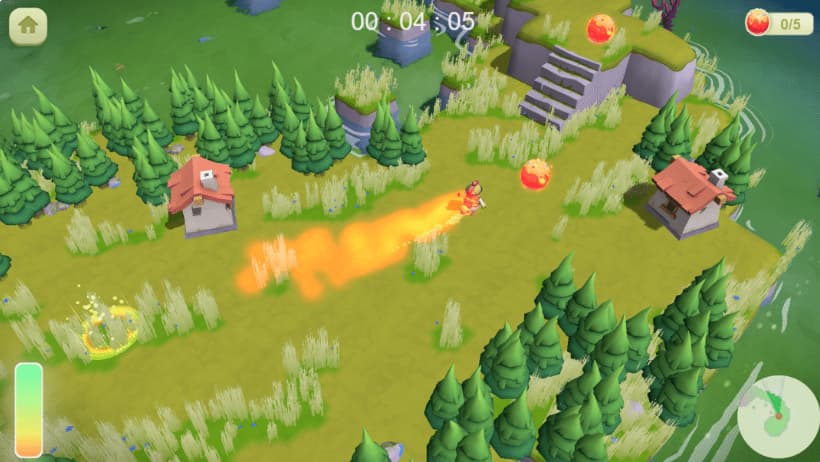 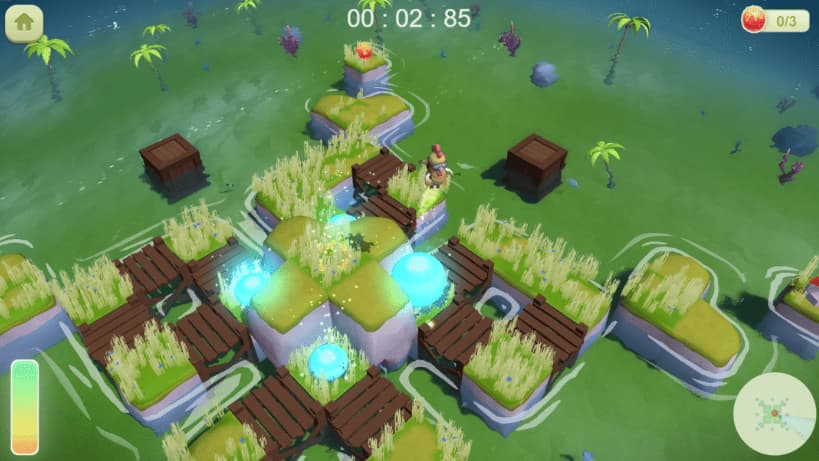 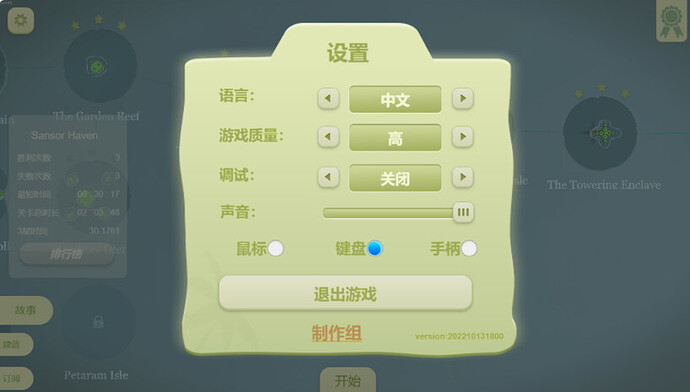 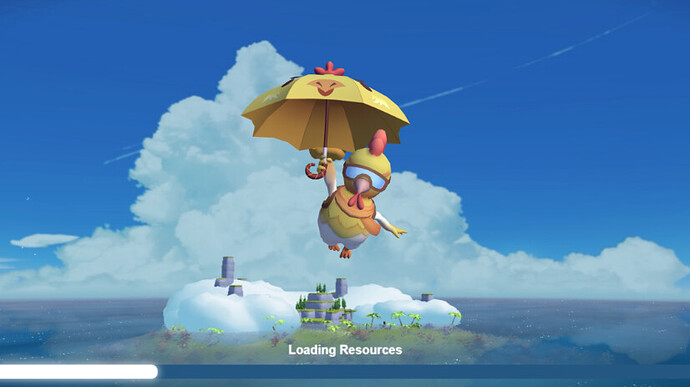 The source code currently available on the Cocos Store is pre-optimized and built on v3.6.0. The optimized source code, upgraded to v3.6.1, will be uploaded as soon as it is available. 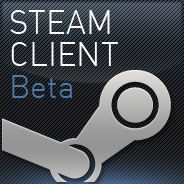 I have an NVIDIA Geforce GTX 960M GPU, so I can right click on an EXE, and tell it to Run with Graphics Processor. The way this works is that it runs the EXE, but first sets an environment variable SHIM_MCCOMPAT to either 0x800000000 (integrated... Why is there such mentions about Electron?

Cocos Creator is built on Electron.