i got an error when calling game.restart();

Thank you for the Update.

So i am not able to install it on such an older Device. Lowest Android is 5.1. What happened ? In release 3.0 it worked pretty fine. When starting, the well know dashboard in which you can select projects, see recent opened ones and so on, is disappeared. Also in previous vers. 3.01 it worked. What happend here ?

Hi, anyone have problem with animation when upgrade from 3.0.1 to 3.1? I try but all animation from 3D object not running if UseBakedAnimation is enable. version 3.0.1 work normal.

can you provide a simple demo?

Regarding this issue, there is a problem on Android, and issue has been set up to track.
Tested yesterday, ios platform can be called normally, android shows exception.

Test Android version 4.4 using gles2 can run normally, Android 4.2.2 test is not possible. There is no test machine for Android 4.1, so I can’t test it.
This issue has been created to track and troubleshoot.

Sorry to bother but I took the engine code from 3.1.1 (Only the tiled component code) and this is still not working. Can someone make sure that this will fixed?

Okay … i just can say, that all 2x points i mention were working before (CC 3.0)

i can confirm this issue

Hi Cocos Team , Thanks for This update .

Here is my Feedback about This Version :

Not only the texture compression somehow is broken but it make my game using more memory than the previous cc version which is a weird behavior .

I am gonna fallback to using the previous version until things gets better in this one .
I hope my topic can help someway .

Thank you for the support to The English Community , i know that we are few but we love this engine and we want to see it More stable and robust in the Future .

game.restart() is not working on Android

This is a known issue and we are working on it.

I will verify today.

What is your texture compression configuration? Can you take a screenshot to see it?

@zzf520 Thanks for your reply
This is my Compression preset settings 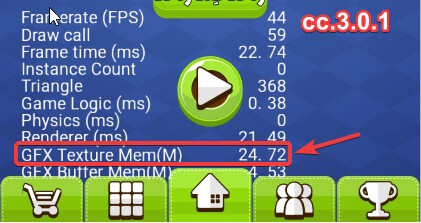 Any approximate date for Cocos Creator 3.1.1

Perhaps end of next week. I’m not 100% positive about it. Depends on QA.

Hi @zzf520 ,
what do you think about the screenshots that i have shared with you in the previous reply ?