A Shy College Student Shares The Future of Tomorrow’s Developers

Post-00s Chinese youth have been affixed with various labels like “Mobile phone holding Strawberry youth” and “Internet aborigines,” who are stubborn and unable to
resist pressure. But is this really the case?

In today's Cocos profile, Sister C interviewed a "post-00 programmer" who is active in the field of programming at his college. Let's see if the current "post-00" can take on the challenge! 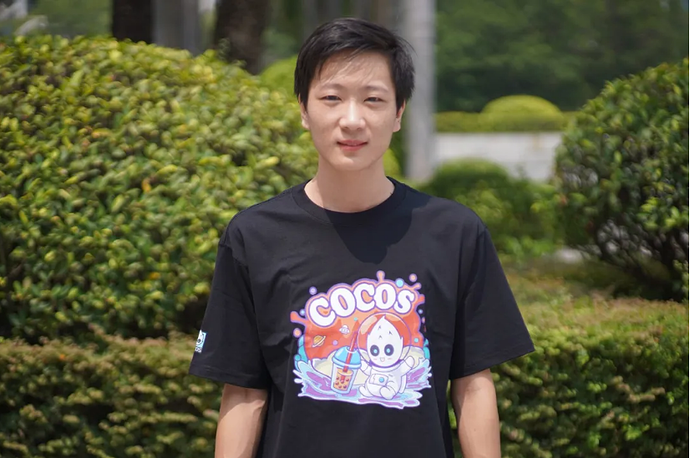 My peers are still struggling with math problems, But I've done more than a dozen programming projects

Like all post-00s Chinese kids, The character Doraemon became a popular icon. The fan-made game "Nobi Nobita's Resident Evil" was adapted from comics of the Japanese anime and had a profound impact on Chinese kids like Shaofeng. At that time, many fans of the show in China made their RPG games, and after playing many such games, Shaofeng became curious about the game mechanics and hoped that he could modify the game content. So he began to study games made by reverse engineering RPG Maker and then began to make his own RPG mini games.

When most of his peers in China were still struggling with math problems, he had already done dozens of small programming projects.

In the first year of high school, he learned to use Java to develop Android APPs. Shaofeng listed many APPs on CoolApk and got tens of thousands of downloads. He also got more than 500 stars on Github's open source project.

During his high school days, he also made simple digital alarm clocks, oscilloscopes, voiceprint locks, and other hardware devices through Arduino, Raspberry Pi, and STM32. He used Python to do crawlers and data analysis, such as typesetting an English dictionary and statistically analyzing grades' monthly exam results.

"Since I was young, I like to dismantle things. I have dismantled all the TVs, stereos, DVDs, and camcorders at home. I have also dismantled many electronic devices such as mobile phones and watches."

Learn and do from scratch Complete game production in 14 days

At the University WeChat Mini Program Application Contest that ended some time ago, his team built using Cocos Creator's mini game engine, "Star Trek," won the first prize in the country. This team was made up of Shaofeng and two classmates. The three members hit it off and cooperated very tacitly. The name of the team is very interesting. They call themselves the "Coconut Penguins." According to him, coconut represents Cocos and penguin represents Tencent WeChat. (Editor note: Tencent's mascot is a penguin)

Shaofeng and his classmates developed this small science fiction game from scratch, who spent 2 weeks in the summer vacation building the game. Before developing "StarTrek, "he only wrote a little JavaScript and never developed a game seriously and completely. After setting up the development team, Shaofeng was responsible for most of the programming and game content planning and started using Typescript and Cocos Creator from scratch.

In addition, he compiled the game development process into a document, which has gained a lot of attention on the Internet.

"The Cocos Creator tool itself is very good. We can get started almost quickly. From using the Cocos Creator editor to visually edit game scenes to using Typescript to write game code, debugging is very easy, making our development efficiency extremely high!"

After developing the mini game "StarTrek", Shaofeng is very satisfied with Cocos Creator's visual editor, node-component-script design method, existing capabilities, and Typescript scripting system. So he began to think: With the advantage of Cocos Creator, can I develop an application software instead of a game? Without much thinking, he decided to start development and immediately give it a try.

Conducive to his spare time, after one or two weeks of continuous development, the functional hard-core software Plotter was born! And it was quickly launched on Kuan.com, with more than 2,000 downloads in just one week. The discussion interest of the APP exceeded 30,000 in three days, and it was also featured on Kuan.com topic headlines many times.

Plotter is a graphic scientific computing software that originated from the obsession with mathematical graphics visualization in the third year of Shaofeng's high school. Computer graphics is closely integrated with the bottom of the computer, physics, and mathematics. These three disciplines are the disciplines that Fanfeng likes very much.

In addition to programming, Shaofeng also popularizes science by making videos and writing articles. In his first year of high school, Shaofeng wrote a blog post about Arduino and STM32 on CSDN, which received tens of thousands of views; in his third year of high school, Shaofeng started to make a popular science video about mathematics with his friends. His "sin x = 2 how to solve?" video got nearly 300,000 views on Bilibili.

It is very cool to use programming languages ​​and mathematical formulas to express physical processes. I think I am a "visual learner," and I am very fond of some intuitive and natural graphics and animations. For example, I like to watch popular science channels such as 3Blue1Brown, Veritasium Truth Element, and Seeing as Knowing.

Be a club with your heart. Explore the world with passion

Participation in events and internship experience gave Shao Feng the idea of ​​wanting to bring a game club at his university. So Shaofeng teamed up with the graduate alumni and the official Cocos team to create an interest club centered on the development and named it "Coconut Wind Game Development Club." 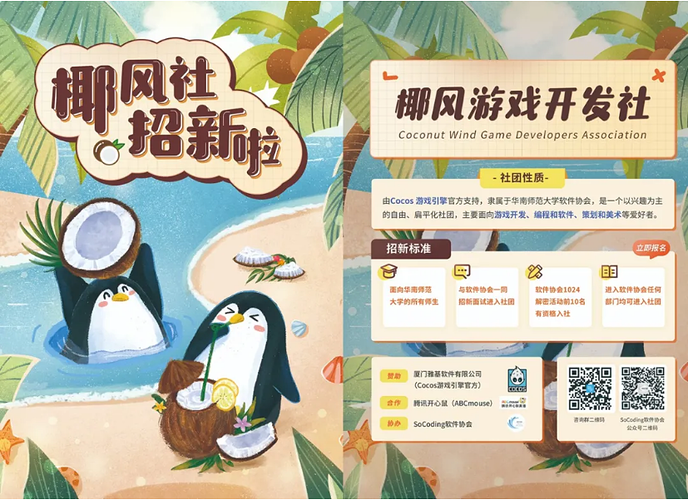 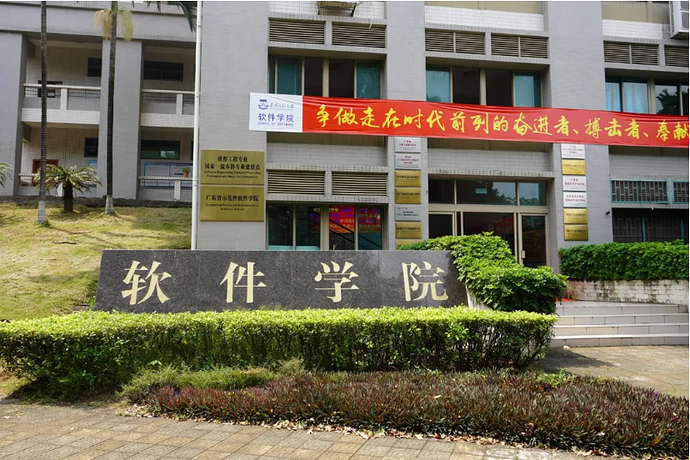 Editor note: This is the first attempt at the Cocos engine in the college community. If other colleges and universities are interested in this area, you are welcome to contact us. We will provide you with assistance, including but not limited to funds and technology.

From immature elementary school students to college students today, more and more possibilities are blooming. Sister C contacted Pan Weizhou, Shaofeng's "mentor," during his internship at Tencent. In his eyes, the secret of this post-00s programmer's excellence lies in their keen interest in computer programming and his tireless exploration.

Shaofeng is not yet a sophomore, and his development skills have greatly exceeded the level of many of his peers. During the internship, he quickly started the project and completed the requirements with quality and quantity, which was unanimously recognized by the team. I believe his secret lies in his keen interest in computer programming and his tireless exploration. I am happy that our school has such excellent students and hope to see more such excellent students appear. My dream is to make something "fun" and "great."

Talented people will not be buried. They will only become more and more golden as time goes by. We believe that post-00s like Shaofeng will take over the baton in their time and become the backbone of the future society.

Thank you, Shaofeng, for accepting the interview.