I upgraded from 3.3.2 from 3.2.0 and I’m encountering this issue on Android Studio during the initial setup of gradle after build generation from Cocos Creator 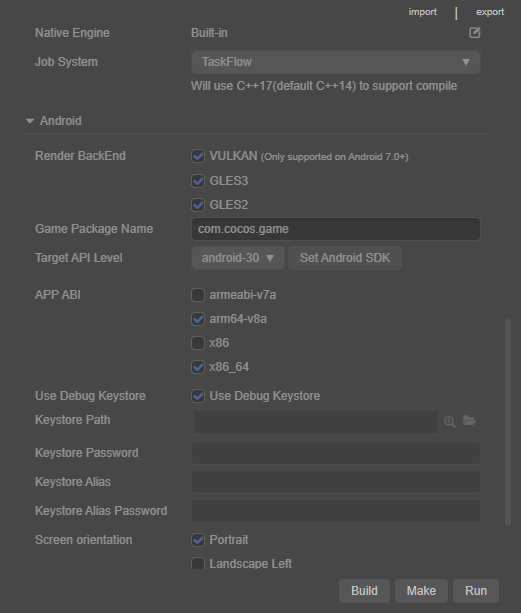 Please help me resolve this @slackmoehrle

Sure. I can ask engineering to have a look.

Hi, did you delete （build,native） and rebuild it?

I deleted the build and native folder. Then reran the build. Opened the project in Android Studio and encountered the issue once again.
Then I tried gradlew compileDebugSources --stacktrace -info command in the terminal and it was throwing this error.

So as suggested I removed and reinstalled 32.0.0, still I encountered the same issue.
I then removed 32.0.0 and installed 31.0.0. But for some reason when I opened the project in Android Studio for initial setup, the 32.0.0 version of the SDK was getting installed and was being used by default.